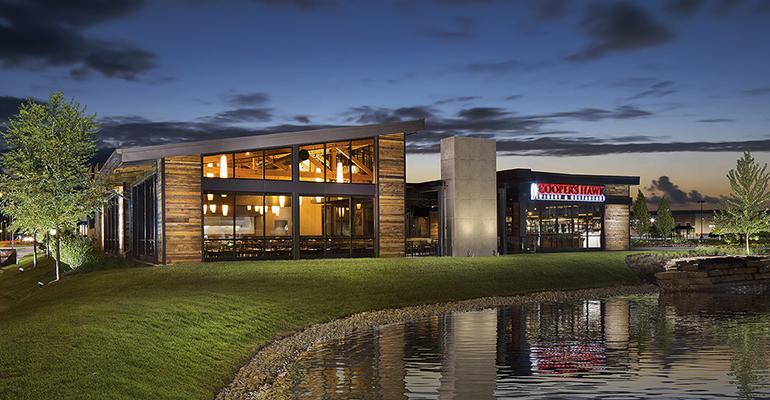 Cooper’s Hawk Winery & Restaurants is planning to launch a new concept imported from Italy in the U.S.
Operations

Cooper’s Hawk Winery & Restaurant to bring pizza concept from Italy to the U.S.

Details are still to come, but the unique brand is expected to accelerate growth trajectory

Though not ready to disclose details, McEnery said he had discovered an incredible pizza concept while traveling in Italy. In partnership with the family that operates the brand in Rome, McEnery plans to bring the concept to the Chicago area in 2022 and grow the brand in the U.S.

“We found one of the greatest restaurants in all of Italy,” he said. “It’s a true partnership with a restaurant run by a ‘dynasty’ family and it’s going to be awesome.”

The new concept will be another of the growing “curated experiences” the Downer’s Grove, Ill.-based chain will offer its fans, which includes a winery and a 500,000-member wine club.

McEnery is also moving Cooper’s Hawk into the travel business. Later this year, the chain plans to launch wine-themed trips around the world to wine club members through a program called “Travel with Cooper’s Hawk.”

The chain already offers group trips to wine regions, from Napa Valley to Argentina, he said. But the new program will be available for individuals looking for wine-centric travel experiences.

“It’s going to be curated trips,” he said. “Wine club members can have the same experiences, but they don’t have to wait for the group.”

Cooper’s Hawk ended 2020 with 47 units, adding six during the year. This year, the chain plans to open another four, with eight more planned for 2022.

Founded in 2005, Cooper’s Hawk in 2019 received an investment from a fund managed by private-equity firm Ares Management Corp.