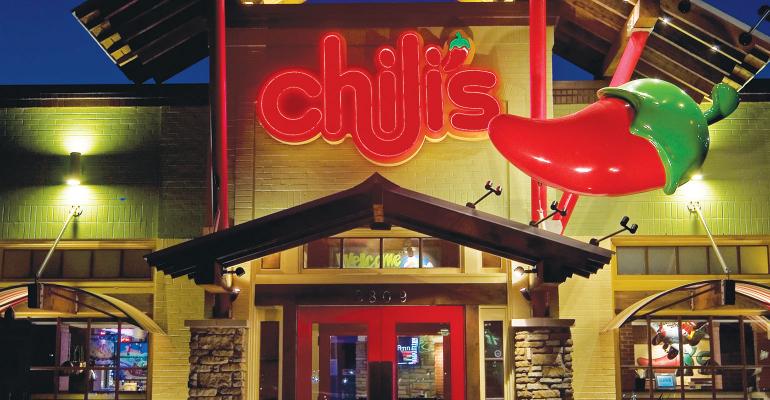 Brand works to turn around traffic declines of 4Q

Chili’s Grill & Bar plans to implement a new menu in September with between 30 and 40 percent fewer items than a year ago in order to focus operations and increase traffic, parent Brinker International Inc. said Thursday.

Traffic remained a challenge at Chili’s in the fourth quarter ended June 28, Dallas-based Brinker said, with the period seeing a decline of 6.5 percent at company-owned units and down 2.1 percent at franchised locations.

Roberts said Chili’s is improving its recipes and enhancing portion size. For example, he said, the brand’s rib specifications now call for 30 percent more meat, and Chili’s does not plan to increase prices.

In tests of the pared-down menu, Roberts said Chili’s guests have ordered more higher priced items like fajitas, combos and ribs. That, in turn, has tended to increase check averages, he said.

“We believe this new menu will be the catalyst for Chili’s turnaround,” he said, and the company plans to introduce the changes with “an aggressive marketing plan.”

To help speed service, waiters are now using hand-held devices in about 100 restaurants, Roberts said, which allows tickets to get to the kitchen faster.

Roberts said Chili’s is also trying to enhance convenience with a digital curbside takeout platform, which is now in all company-owned restaurants.

“Takeout guests can order, pay and get their food without ever getting out of their car,” Roberts said. About half of all online customers are using the digital curbside takeout, he said. To-go makes up more than 10 percent of Chili’s sales, he said.