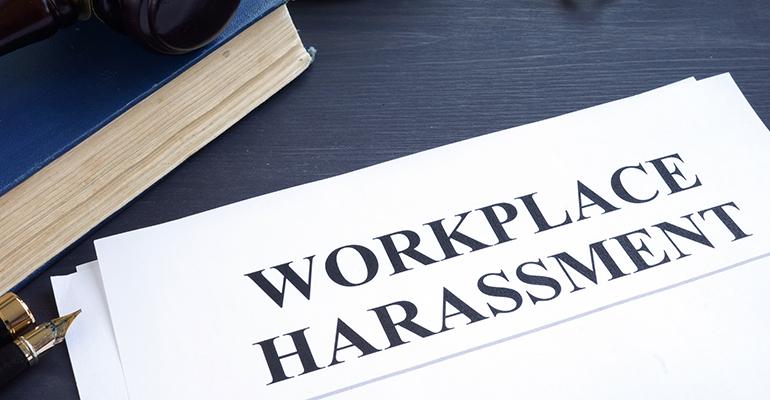 Under state #MeToo laws adopted in 2018, the mandate for sexual harassment prevention training was to begin in January 2020, but Newsom pushed the deadline in response to business community complaints that compliance would take time.

The move, however, comes as both Illinois and New York state adopted similar sexual harassment prevention laws in August that expand protections for workers.

And more such bills are expected.

California, Illinois and New York are among 15 states that have adopted sexual harassment protections over the past two years, according to the July report from the National Women’s Law Center. Of those, 10 states — and also New York City — have prevention measures that include mandatory training and workplace policy requirements for employers.

Attorney Franklin Wolf with Fisher & Phillips LLP in Chicago, said some states have been more aggressive in response to the #MeToo movement than others. In Illinois, for example, “The requirements of these amendments and new statutes are pretty far reaching,” he said. “It’s important that employers review and update their own policies and consult with local counsel in doing so.”

Here’s a look at the latest news on sexual harassment requirements for employers:

Senate Bill 778 was signed into law on Aug. 30 and will delay the requirements of Senate Bill 1343, adopted last year. Under the new legislation, employers with five or more workers will be required to provide the following by Jan. 1, 2021:

—At least two hours of classroom or other effective interaction training and education on harassment prevention to all supervisory employees.

—At least one hour or other effective training on harassment prevention to all nonsupervisory employees.

The bill clarifies that if workers took the required training in 2019 — before the mandate technically goes into effect — refresher training is not required again for another two years.

The legislation applies to all employers, requiring them to provide sexual harassment training to all workers on an annual basis, with a specific training program for restaurant and bar employers, following a model developed by the state Department of Human Rights.

Training and policies must be communicated in Spanish and English.

The new legislation also defines what constitutes a restaurant and bar very broadly — there was no definition previously — and includes those with at least one employee.

And the Human Rights Act now expands discrimination protections to include even potentially non-employees in the workplace, which could mean vendors or subcontractors, It also requires employers to disclose settlements and other administrative and court judgments or face financial penalties of up to $5,000.

Illinois also restricts the use of nondisclosure or non-disparagement clauses for claims of harassment and discrimination in employment agreements. The act also gives employees that sign arbitration agreements the option to pursue either arbitration or to file a lawsuit in cases of harassment or discrimination — though Wolf noted this could potentially conflict with the Federal Arbitration Act an might be challenged in future.

New York Gov. Andrew Cuomo in August signed a bill to broaden previously adopted #MeToo legislation, expanding it to include all public and private employers, regardless of company size.

Effective Oct. 11, the bill also removes language that harassment has to be “severe or pervasive” before an employer can be held liable, making it much easier for an employee to assert a claim of workplace harassment under the state’s human rights laws, said attorney Roy Salins, partner in Davis Wright Tremaine in New York.

In addition, punitive damages are now allowed under the state human rights law, which could significantly increase the cost of such lawsuits. And the state law also extends protections to various non-employee categories, like vendors or subcontractors, giving them standing to assert a claim of harassment.

The statute of limitations for filing a sexual harassment claim has also been extended from one year to three years, though that change doesn’t go into effect until August 2020, Salins said.

New York employers are also coming up to the first deadline for the sexual harassment prevention training mandate, which is Oct. 9. That training must be updated annually. The state and New York City have separate mandates, but so long as the training meets the standards for both, employers in the city will be compliant and won’t have to train twice.

And though it’s not required by law, Salins said the best practice recommendation is to train managers separately from rank-and-file workers to ensure certain issues specific to supervisory positions are addressed.