Upfront explanations pay dividends in a crisis like the COVID-19 pandemic, the family-dining restaurant’s senior vice president of brand strategy and innovation says

“Radical candor” with both employees and customers pays dividends in a crisis like the COVID-19 pandemic, according to panelists during Restaurants Rise powered by MUFSO.

“In the early weeks, we didn’t have a lot of answers. No one really knew what was going on,” said Matt Eisenacher, senior vice president of brand strategy and innovation at the breakfast-brunch-lunch First Watch concept.

“He was very upfront … and explained to everyone about what was going on and stayed ahead of it and made sure anything we did was share publicly was always shared through a variety of means internally,” said Eisenacher in the on-demand panel, “Making your Message Matter: Cutting Through the Clutter to Win Customers” 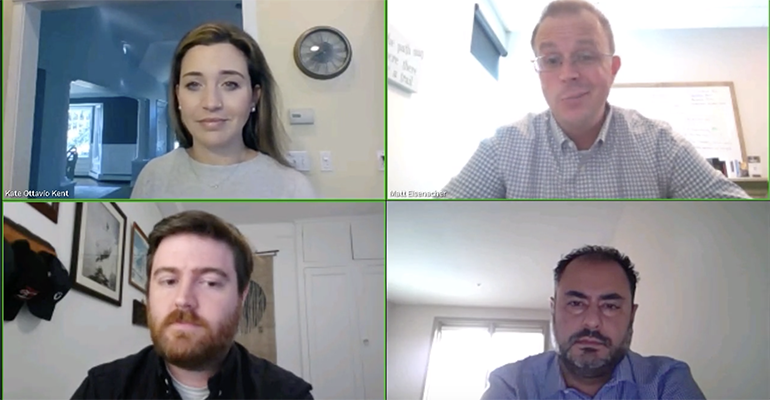 Informed staff members, who are on the front lines and interacting with customers, helped create an informed customer base, Eisenacher noted, which continues months into the pandemic

“Everything is shifting every day,” he noted. “Things are moving a million miles an hour. Everyone has got their heads down.”

First Watch used the principle of “don’t let anyone see anything on social media or read an article first,” Eisenacher noted, adding: “That is de-motivating.”

The team members want to know the truth, he said, and the CEO provided that

“He completely laid it out for the team members in the restaurants,” Eisenacher said. “At times, it was: ‘I don’t know what is going on.’ At times, it wasn’t great news. We took the step of temporarily closing our restaurants for six seeks, because we didn’t want them [staff members and managers] to be burned out.”

At Just Salad, Rooks said the company is putting more emphasis on sharing new items and why the brand is adding them. The goal is to “increase transparency, increased communication,” and it has become even more important during the crisis, he said.

“That was a very large investment,” Eisenacher said, “but they [employees] could see we were will to invest in assuring they were working in the safest place possible.”

At Kitchen United, which plays host eight to 12 different concepts within each of its facilities, Sood the staff members are “really the ambassadors and the advocates for keeping to the safety protocols.”

Sood said employees were urged to communicate frequently with cooks on the line of the companies within the facilities, “making sure everyone was up-to-date on the local procedures that were in place.”

Rooks added that “sometimes you just need a pep rally and say: ‘We’re one team and we’re working through this together.’”

Correction Nov. 5, 2020: This story has been edited to correctly identify the source of the health surveys.