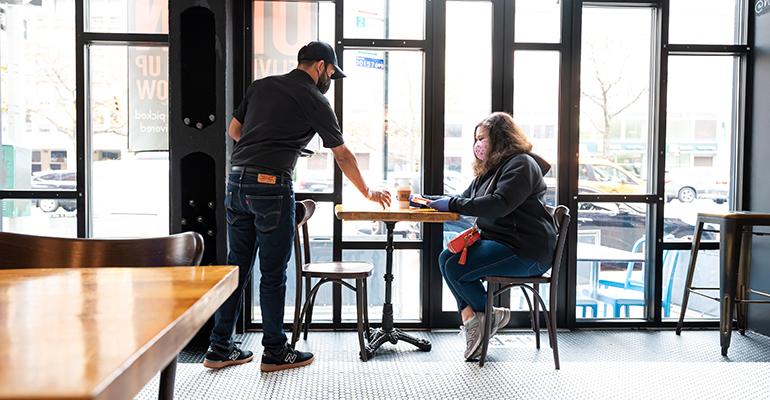 Even as COVID cases spike nationwide, consumers seem to have adapted to the current landscape

The restaurant industry’s performance continues improving with October posting the best same-store-sales growth results since the beginning of the pandemic. But there are some reasons for concern that the industry’s recovery has stalled in recent weeks, which may be a sign of things to come. October’s same-store-sales growth of -7.48% represented only a small improvement from the -8.1% growth reported for September. Furthermore, results at the weekly level show uneven performance where gains are taken away by losses in consecutive weeks.

Same-store-traffic growth for October followed the same pattern. It may be the best result for the industry since February, but it was not much better than what was reported for September. As the industry plateaus at well over 10% less traffic than the same period in 2019, it highlights how much more ground the industry needs to cover to get back to its pre-pandemic levels and how slow it may be getting there.

But there is some good news for restaurants based on these latest results: Black Box Guest Intelligence™ data revealed strong restaurant guest sentiment during October. This suggests the underwhelming sales results are likely the result of the adverse conditions (COVID cases rising, colder weather affecting outdoor dining, and uncertainty due to the election, to name a few) and not because of guests turning on restaurants due to bad experiences.

A similar pattern was observed for restaurant service. Service mentions by guests were classified as positive 55% or more of the time during the last three months ending in October. The data suggests restaurants are doing a good job in recent months meeting guests’ expectations in these two vital components of the restaurant experience, despite the many challenges they are facing.

Another interesting insight present in the last data is how much restaurant guests have adapted to the current landscape. Dealing with COVID is something they seem to have gotten used to and is not as big a factor when discussing their restaurant experiences as it was at the beginning of the pandemic. Perhaps more than adaptation, we may also be witnessing the result of COVID fatigue. People may not want to think or talk about it anymore, even though the number of cases is surging dramatically.

The number of new COVID cases registered during October nationwide is about 10 times greater than the number in March. By the end of October, the daily number of confirmed cases surpassed anything seen in this country since the pandemic began.

With the virus surging at this rapid pace, it would have been understandable to find a surging number of COVID-related mentions among the online restaurant chatter in October. But data shows the opposite pattern. The largest number of COVID-related online mentions in restaurant comments and reviews occurred in March, as the virus hit national news and fear and uncertainty grasped the attention of the public. Since then, the number of COVID mentions tied to restaurants has dramatically decreased. By October, the number of online restaurant comments and reviews that had terms directly related to COVID decreased by 70% compared to the number of mentions during the March peak. The virus has not gone away, but it has disappeared in many of the online conversations centered around restaurants.

Furthermore, the latest data from October revealed masks were the most recurrent and visible manifestation of COVID-related concerns. The fact that it is a highly controversial topic probably doesn’t hurt. Among those restaurant comments and reviews that include terms related to the virus or mention the pandemic itself, guests mentioned masks 14% more often than they mentioned terms like “clean” or “cleanliness.” Additionally, masks were mentioned 25% more times than terms like “safe” or “safety.” A reason for the high occurrence of mask mentions may be simply that they are the easiest and quickest way to make a judgement call on whether health practices are being followed. Plus, it is a practice that is required not only of the restaurant staff but also of fellow restaurant patrons, which adds complexity to the topic.

Another interesting trend has been for guests rallying around restaurants in areas that have been most heavily impacted by the pandemic, as reflected in high intent to return guest sentiment. During October, the market with the highest intent-to-return score was New York, which also happens to be one of the four major markets in the country with the biggest losses in restaurant sales during the month. Also included on the list of markets with the biggest year-over-year sales losses was Los Angeles, which notched the fourth-highest intent-to-return sentiment among major metropolitan areas.

Restaurant guests may not be dining out as much in those markets due to the restrictions in place and concerns about COVID, but they have a strong sentiment for supporting the restaurants in their cities.

The Restaurant Guest Satisfaction Snapshot is produced by data from Guest Intelligence™, a Black Box Intelligence Product™. Guest Intelligence is tracking over 190 brands to benchmark customer satisfaction and is the only online tool that integrates with operational performance data to validate the impact on financial performance. The algorithm determining ranking brands is based on sentiment and determined by Black Box Guest Intelligence. Brands included in this monthly snapshot must have a total of at least 250 mentions for the month. Restaurants must have a minimum number of units to be eligible as well. DMA rankings consider only the largest 25 areas.