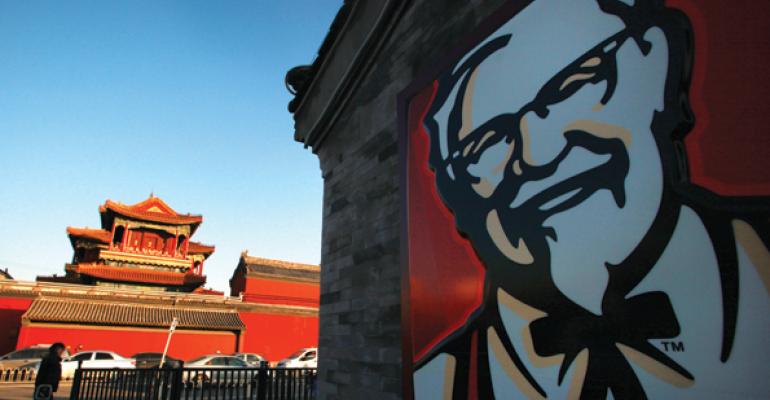 At Yum! Brands Inc.’s annual investor conference in December, chairman and chief executive David Novak started the day with the familiar Yum cheer: “Give me a Y! Give me a U! Give me an M! What’s that spell? Yum! Yum! Yum!”

He said the cheer was more important in tougher years — and 2013 was indeed a tough year for the Louisville, Ky.-based parent of KFC, Taco Bell and Pizza Hut. Despite a relatively strong performance in the United States, the company’s largest division, Yum China, saw sales deflate as KFC China battled back from a supply chain disaster, which centered on high antibiotic levels in chickens, and the subsequent loss of consumer confidence.

It made sense, then, that every investor and analyst in New York that day wanted to hear from Sam Su, the chairman and CEO of Yum! Restaurants China and vice chairman of Yum.

Su’s operation in China includes more than 6,000 restaurants in 900 cities and employs about 350,000 associates. It boasts $8 billion in total system sales and accounts for more than 40 percent of Yum’s operating profits.

Su started his career with what is now Yum Brands in 1989 as director of marketing for the North Pacific region at KFC, which was the first U.S. quick-service chain to enter China in 1987. In 1993, he became vice president of North Asia for KFC and Pizza Hut, with the formation of PepsiCo Restaurants International Asia. Su was named president of Greater China for Tricon Global Restaurants International — now Yum Brands — upon Pepsi’s spinoff of the restaurant business in 1997. He was named CEO in 2010.

“No matter how good a business is … every so often you really have to take another fundamental look at your brand, at what it represents,” Su said at the investor conference. “And that’s exactly what we’re doing.”

This year, Yum China will have to continue rebuilding consumer trust following KFC’s supply chain issues, which led to a mid-teen same-store sales decline in 2013. The company has hinted at “major innovation” at KFC, which now has nearly 4,500 units, as well as continued evolution at its 30-unit proprietary brand, East Dawning, and its 400-unit hot-pot chain Little Sheep, which was acquired in 2012. 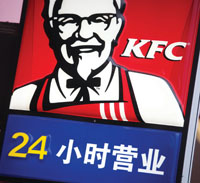 At Yum China’s casual-dining Pizza Hut brand — which hit its 1,000-unit milestone in 2013 — pastas, rice, appetizers, soups, drinks and desserts will drive the menu, as pizza is only 20 percent of the menu mix. A breakfast test is also underway, with a planned rollout in 2014. The brand’s separate express delivery business is driven by digital innovation surrounding mobile applications, ordering and payments.

The growth opportunity in China is massive. KFC today has just three units per every million consumers in a nation of 1.4 billion people. And China is expected to overtake the United States as the world’s largest retail market by 2017, according to The Economist Intelligence Unit.

Yum China’s bold goal is to become “the most successful restaurant company, not only in China, but the world,” Su said. “We will not rest until that mission is accomplished.”