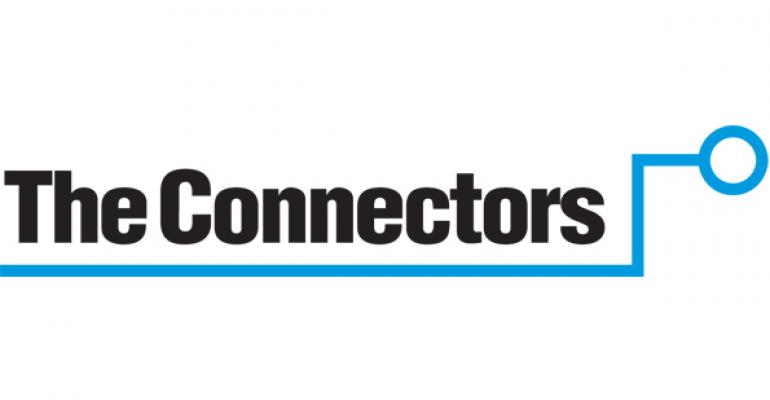 Nation’s Restaurant News ranked only the top 10 most powerful people in foodservice out of the 50 influential people who make up The Power List. The remaining 40 people on the list have been divided into groups highlighting the type of influence they have on the industry. Here, we feature The Connectors: people who are bringing together ideas, talent and funding. 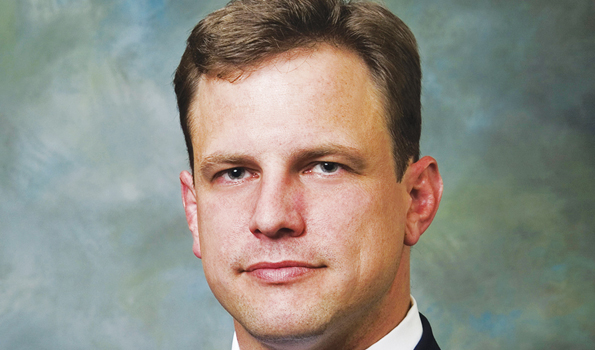 It’s hardly a stretch to say that over the past six years, most restaurant initial public offerings, debt offerings, recapitalizations and buyouts have come across the desk of Damon Chandik, managing director and head of the restaurant investment banking practice at financial services firm Piper Jaffray.

For nearly a decade, his primary focus has been to provide investment banking and advisory services to scores of the nation’s marquee restaurant brands. As a result, Piper Jaffray has earned the distinction of being the industry’s top underwriter and book runner since 2007. In 2013 alone, the firm served as exclusive financial advisor on six completed advisory transactions and as a lead underwriter on seven completed equity offerings.

Chandik, who parlayed a management and operations background at the Fresh Choice chain into a successful career in investment banking, has said deal activity is poised to ramp up this year.

“Right now the fast-casual sector is really hot; there’s a lot going on,” he said. “Valuations are at very attractive levels, and we expect to see [more fast-casual concepts] hit the public market in 2014.”

Chandik admitted he sometimes has to be brutally frank with restaurant IPO hopefuls if he feels they’re not ready.

“It’s a matter of picking out the right timing, and sometimes the timing is not right,” he said. “Much of our business comes in the way of referrals. You’re not going to get a great deal of repeat business if you give out bad advice.” 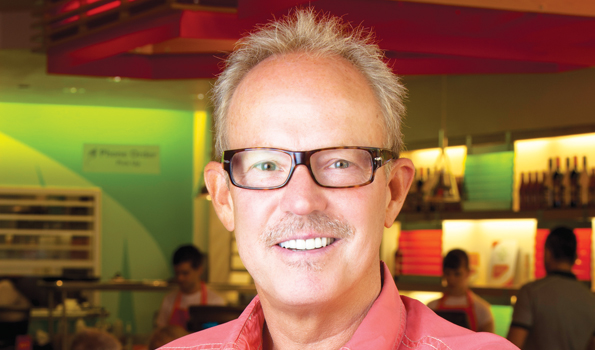 When fledging restaurant chains are looking to reach new heights, there’s a good chance they’ll cross paths with Greg Dollarhyde. Dollarhyde, who leads the Santa Monica, Calif.-based Veggie Grill, has been chairman and/or chief executive of six different restaurant companies and has built a reputation as a catalyst for restaurant expansion.

Since joining Veggie Grill in 2011, Dollarhyde, the company’s chief energizing officer, has grown the fast-casual vegetarian chain to 26 locations in California, Washington and Oregon, with annual sales per restaurant at about $1.8 million. Through several rounds of funding that included a minority equity investment by Brentwood Associates, Veggie Grill has raised more than $30 million to fund expansion.

Previously, Dollarhyde was chairman and CEO of Zoës Kitchen, the Mediterranean-inspired fast-casual concept he acquired in 2007 along with his equity partner, Brentwood. He helped expand the chain from 19 Dallas-area locations to 45 restaurants in less than three years.

And as CEO of Baja Fresh Mexican Grill, Dollarhyde led the rapid expansion of the fast-casual concept — from about 40 units to more than 200 units in four years — before selling it to Wendy’s International for $275 million in 2002.

Dollarhyde also is executive chairman of Pacific Island Restaurants Inc., a company that operates 85 Pizza Hut and Taco Bell restaurants in Hawaii and Guam, which he also acquired via a leveraged buyout with Brentwood.

Dollarhyde invests outside of the industry, as well. Dollarhyde is on the advisory board of Thayer Ventures, a San Francisco-based venture capital firm that invests in early-stage technology firms that focus on the hospitality industry. And he’s a founding principal of B Cellars, a Napa Valley, Calif.-area winery specializing in appellation blends. 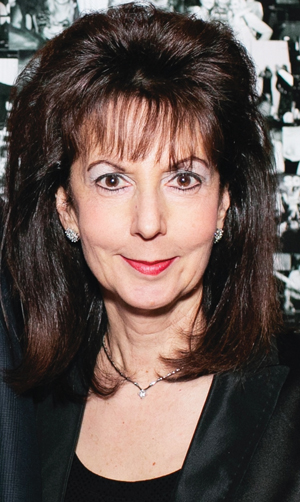 Alice Elliot, a recruiter highly regarded for her ability to connect restaurant companies with the talent they need for the future, usually begins conversations with the essential questions. “How’s your family?” she will ask.

Getting to the heart of the matter, finding out what is important to the people she is helping, has been a key to Elliot’s success and brought her national recognition for her expertise in executive search, human resources and leadership.

Elliot, a New York native, started her business some 30 years ago, sitting at the foot of her bed and calling fast-food restaurants to help assistant managers find jobs.

Through word-of-mouth and referral, Elliot steadily and systematically built her business. The Elliot Group, based in Tarrytown, N.Y., and with offices in Georgia, Massachusetts, Ohio and Texas, comprises Elliot Associates Inc., Elliot Executive Source Ltd. and Elliot Productions Inc. Her firm specializes in placing senior-level and chief executives at both public and private restaurant companies. Venture capitalists also retain The Elliot Group to find the right leaders for their enterprises.

While the economic downturn put both of those programs on hold, it has not slowed down Elliot, who has continued to strengthen her business and garner respect in the industry. Among the honors she has received are the Trailblazer award from the Women’s Foodservice Forum and induction into the National Restaurant Association Educational Foundation’s College of Diplomates.

If David Jacquin could facilitate marriages as successfully as he matches restaurant companies with investors, the divorce rate in America would plummet.

As managing partner at North Point Advisors in San Francisco, Jacquin has led 90 mergers and acquisitions deals in nine years, totaling more than $13.5 billion in business.

When restaurant chains want to sell or private equity groups want to buy, they call Jacquin for advice.

A visit to the transactions page on NPA’s website provides a lengthy slide show detailing connections made between legendary restaurant, foodservice and retail companies, and their suitors. Thanks to Jacquin, chains such as Bubba Gump Shrimp Co., McCormick & Schmick’s, Morton’s the Steakhouse and Joe’s Crab Shack have been delivered into the cash-cushioned arms of Landry’s Inc. He also served as personal shopper for Charlesbank Capital Partners when it got a hankering for pizza — Papa Murphy’s Take ‘N’ Bake Pizza — and seafood — Captain D’s — and he helped Roark Capital acquire Miller’s Ale House, Corner Bakery Cafe and Il Fornaio.

Last October, Forbes named him one of “The 25 Most Influential Kingmakers in Consumer and Retailer Companies,” citing his firm’s “leadership in consumer and investment banking.”

In a two-decade career as an M&A specialist, Jacquin has led divisions at Piper Jaffray & Co., Merrill Lynch and Bank of America/Montgomery Securities. According to NPA’s website, Jacquin also practiced law with Cravath, Swaine & Moore LLP in New York and London, where he specialized in mergers and acquisitions. He founded NPA in 2004. 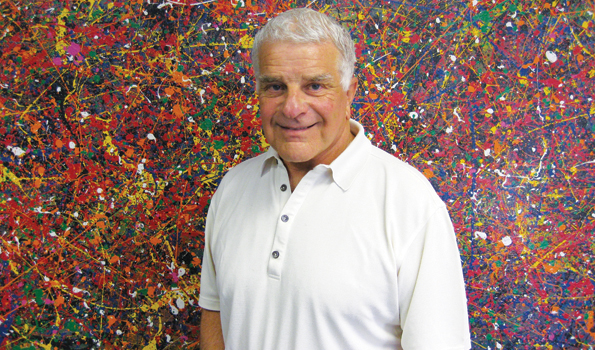 Phil Romano’s name is synonymous with concept creation, and in his 40-plus-year career he was the creative force behind such concepts as Romano’s Macaroni Grill, Fuddruckers and EatZi’s.

Now he’s using his position and experience to launch a new generation of young brands.

Through his West Dallas Investments L.P., Romano is identifying, and in some cases even funding, fledgling restaurant concepts for the Trinity Groves restaurant incubator, a 15-acre retail and entertainment complex in Dallas designed to showcase new concepts.

Created in March 2012, the project has helped to launch nine restaurant concepts — serving everything from tapas to hot dogs — as well as a brewery. Eight other concepts, including a tamale specialist and a potato-focused restaurant, are planned.

Restaurant concepts submitted to the incubator are reviewed by an advisory board of industry veterans, including Myriad Restaurant Group’s Drew Nieporent, Jeff Sinelli of Which Wich Inc., and Dallas restaurateurs Stephan Pyles and Joseph Palladino. Future plans call for Trinity Groves to include non-restaurant attractions like a fish and meat market, a book store, and even an outdoor concert venue.

Throughout his career, Romano has been heralded as an artistic and energetic entrepreneur. After helping create the made-to-order burger craze in 1979 with Fuddruckers, Romano had a 13-year stint as a joint venture partner with Brinker International Inc., serving as national operator, developer and franchisor of numerous restaurant chains. Romano continues to grow his stable of eateries, including Coal Vines, Nick & Sam’s and EatZi’s.

Though West Dallas Investments and advisory board members can hold a financial stake in Trinity Groves concepts, Romano told Nation’s Restaurant News in 2012 that, for him, growing young brands is personally rewarding, as well.

“It makes me feel good to ... give them an opportunity to achieve their dreams,” he said. 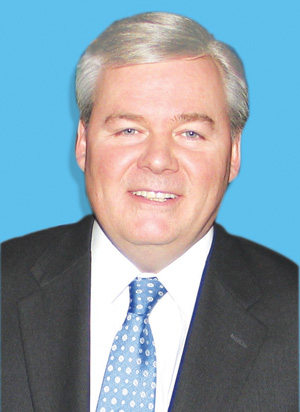 When Tim Ryan was named president of the famed Culinary Institute of America in 2001, he had a bold mission: “Take a great institution and make it even better.”

As the most recognized and respected culinary institute in the country, the Hyde Park, N.Y.-based CIA has long been a starting point for chefs who would go on to find success in all areas of the foodservice industry. The school counts Chipotle Mexican Grill’s Steve Ells, chef-author-television personality Anthony Bourdain and McDonald’s corporate chef Dan Coudreaut among its 46,000 alumni.

But Ryan, not content to rest on the school’s reputation, has taken steps to keep the 67-year-old institution current. During his tenure, the school added two new campuses — Singapore in 2010, as well as a campus in San Antonio two years earlier — bringing the total to four.

Ryan oversaw the development of innovative educational programs, including a partnership with Harvard University to create a series of professional conferences under the “Menus of Change,” “Healthy Kitchens, Healthy Lives” and “Worlds of Healthy Flavors” monikers.

Even as the rise of the celebrity chef introduced new exposure and scrutiny to culinary schools, Ryan helped to solidify the CIA’s image as a proving ground for future foodservice leaders.

“The Culinary Institute of America has a rich and long tradition of offering the highest quality culinary education possible,” Thomas Keller, chef-owner of the award-winning The French Laundry, is quoted as saying on the CIA’s website. “I foresee the school continuing to shape many of our new leaders of the food industry well into the future.”