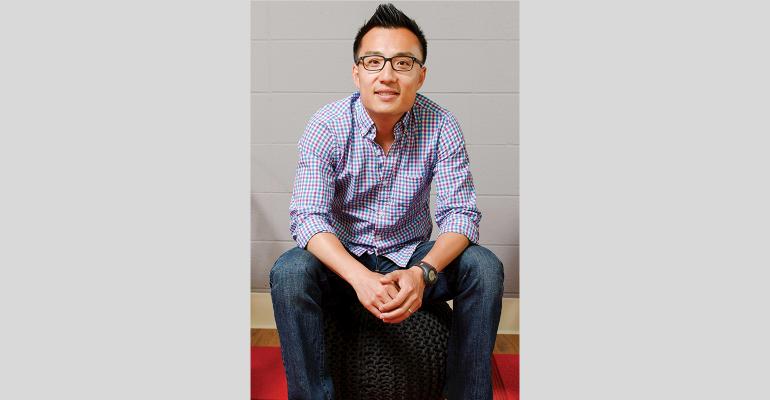 As a growing number of restaurants realize the opportunity in off-premise business, DoorDash Inc., founded by Tony Xu, has become their go-to partner for delivery.

DoorDash has remained focused on the restaurant industry’s “last mile,” and has partnered with a growing number of chains, including Taco Bell, The Cheesecake Factory, P.F. Chang’s China Bistro and Dunkin’ Donuts.

Xu, who is CEO of DoorDash, developed the platform in 2013, with Stanford University undergrads Andy Fang and Stanley Tang.

Xu came to the U.S. with his parents from Nanjing, China, in 1989, when he was five years old. He ended up in the startup stew of Silicon Valley, where he worked at Square and eBay before launching DoorDash, a company that has won deep-pocketed investors such as Khosla Ventures and Sequoia Capital.

Now operating in 28 markets across the country, including more than 250 cities, DoorDash continues to evolve.

The company recently launched DoorDash Drive, offering merchants more options for moving food — or anything else, for that matter — from point A to point B, and not necessarily things ordered through the DoorDash website.

With DoorDash Drive, a restaurant can request pick-up of any kind of order and direct where it should go. Buca di Beppo and Lemonade use DoorDash to deliver catering orders, for example. And Greenleaf Chopshop uses DoorDash Drive to deliver salads to Equinox gyms in Los Angeles, where they are sold as grab-and-go items.

DoorDash is setting the stage to deliver more than just restaurant meals, much like other third-party delivery players. In some markets, DoorDash already delivers booze, as well as prepared foods from Whole Foods grocery stores.

“Everyone, shockingly, wants convenience,” he said. “And, as a result, it’s our job to find the ways to fulfill that.”