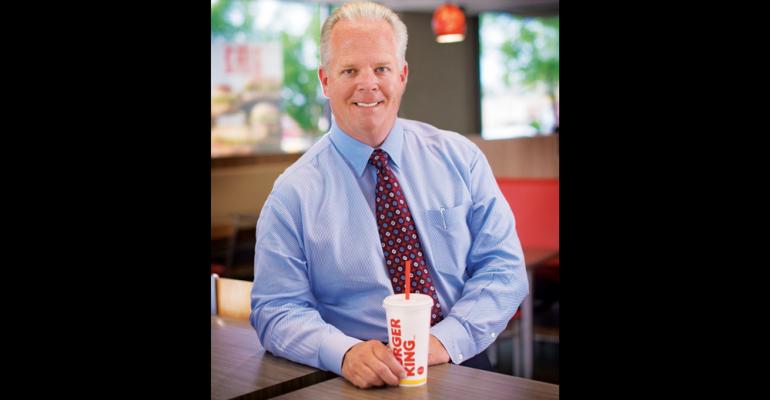 Tom Garrett and his team at GPS Hospitality have been opportunistic in leading the industrywide movement toward refranchising.

What started as a 42-unit acquisition from Burger King Corp. in the Atlanta area has now grown to more than 431 quick-service restaurants, including GPS’ entry into the Popeyes Louisiana Kitchen brand.

After years after growing rapidly by acquiring and remodeling Burger King locations, Garrett is looking to build — literally, with construction of new Popeyes restaurants in Atlanta and West Virginia.

“We like mature brands that are season- and cycle-tested,” Garrett, founder and CEO of GPS Hospitality, said last spring. “When we see consistent growth year over year in a mature category, somebody is doing something right.”

According to Nation’s Restaurant News’ Second 100 report, GPS Hospitality increased its estimated revenue in its latest fiscal year by 164.3 percent to $215.4 million, from $81.5 million during the previous year. The company purchased 84 Burger Kings in its latest year and 90 locations the year before.

“We came into Burger King at the tail end of all the company refranchising,” Garrett said. “I’ve had a lot of bad timing. I’ve had some good timing. This was good timing. The brand has performed well.”

GPS is looking to meet the challenge of what many industry watchers think is an impending “restaurant recession” with scale, Garrett said. He noted that a growth company the size of GPS has little problem getting funding for more acquisitions.

“Everybody faces the same challenges,” he said. “I happen to think when you’re a large operator, it’s probably easier to manage through some of those issues.”

Update: Jan. 25, 2017 This story has been updated to reflect that GPS Hospitality added units after this story when to press.