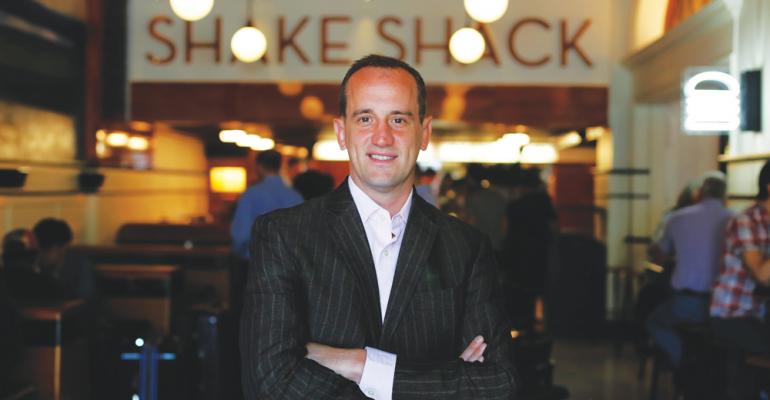 If every career arc had the trajectory of Randy Garutti’s, a lot more people would be lining up to work at food carts.

Just over a decade later, Shake Shack made one of the largest public debuts on the stock market in restaurant history, to the tune of $1.8 billion. The humble cart is now a burger empire with more than 100 locations and significant upswings in revenue, overall sales and same-store sales.

“I saw a guy with more enthusiasm in his little finger than most people have in their entire body,” Meyer told The Street last March about his first meeting with the then-23-year-old Garutti. “He was oozing love for the restaurant business.”

That love includes all the work that goes into it. Last year, Shake Shack increased hourly wages for workers from $10 to $12, well above the national minimum wage of $7.25. He’s of the school of thought that higher wages benefit both the employee and the business.

“We want to get the best team, and we’re going to pay the right wage in each market to do that,” Garutti told Nation’s Restaurant News in May.

That sentiment is one reason Garutti has emerged as one of the most influential figures in the industry, and Shake Shack as one of its most exciting brands in the fast-
casual segment.

“We’re really excited about the opportunity for the Shack brand to grow in unique locations around the country,” he told NRN last year.