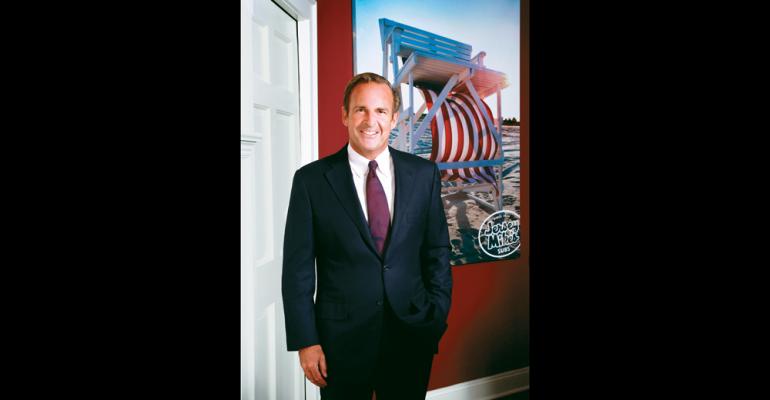 In recent years, Jersey Mike’s Subs has grown from a small regional sandwich chain to a genuine force in the restaurant world, and that in no small part is due to the leadership of CEO Peter Cancro.

Cancro has spent his entire career at the chain, having bought the original Mike’s Subs in Point Pleasant, N.J., in 1975 at age 17, four years after he started working there.

Now Jersey Mike’s, as he renamed it, is one of the country’s 100 largest chains in terms of annual domestic sales, at $675 million from 1,048 locations in 2015. It has been the fastest growing of the Top 100 chains for the past three years.

Jersey Mike’s prides itself on the quality of its food, but its real distinguishing characteristic is its culture, and that all starts with Cancro.

He took his time to develop a positive culture that emphasizes hospitality and speed of service within the four walls, and community involvement outside of it. He didn’t start franchising the chain until 1987, and the chain’s 100th unit didn’t open until 1998. Cancro was, and by all accounts continues to be, painstaking in pursuing franchisees who share his core philosophy of leadership by example and celebration of excellence.

Jersey Mike’s also supports dozens of charities that are active in its markets, such as with its “Month of Giving” last spring, a charitable campaign that culminated with 100 percent of March 30 sales going to local charities.

Given young employees’ penchant for community involvement, these initiatives are an important point when hiring and retaining staff.

Not forgetting the team in the home office, Cancro has started to open additional corporate locations so he can give equity in those restaurants to his office staff at his Manasquan, N.J., headquarters.