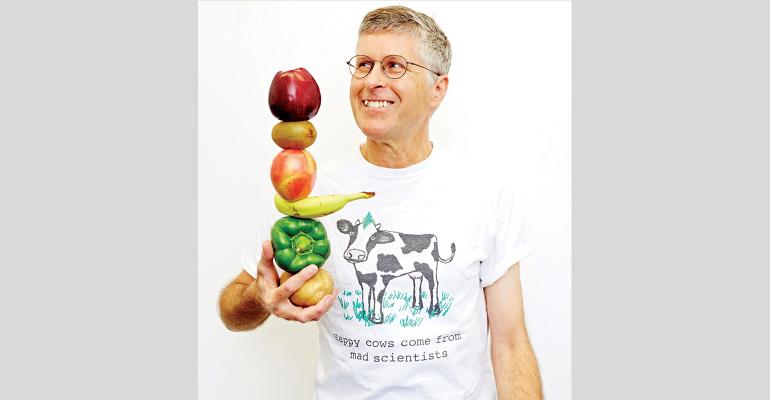 With 7.4 billion people living in the world during a time of measurable climate change, research is underway to feed humanity in the most sustainable way possible.

That’s the mission of Impossible Foods Inc. and its founder, Patrick Brown.

A medical doctor and professor emeritus of biochemistry at Stanford University School of Medicine, Brown realized that most people won’t willingly forgo meat for fruit and vegetables, no matter how clearly it’s shown that doing so would be gentler on the environment. In fact, as the economies of populous nations such as China and India develop, the demand for meat is likely to rise.

The solution, according to Brown, is not to fight human nature, but to make food from plants that tastes and acts like meat.

After years of research, Brown and his team have developed the Impossible Burger, made with wheat protein, potato protein, coconut oil, carbohydrates from a Japanese yam, xanthan gum and, most crucially, heme, the molecule in mammals’ red blood cells that carries oxygen.

As Brown discovered, heme also catalyzes the other components in the Impossible Burger into the “literally hundreds of volatile compounds that are the unique, unmistakable, craveable flavor” of grilled meat, he said when he launched the product in New York last year.

Heme also can be found in the cells of other organisms, allowing Brown to make the Impossible Burger completely from plants.

Such highly engineered food could be deemed out of touch with the current trend toward minimally processed food, but Brown’s product has impressed some of the country’s best chefs.

David Chang serves the Impossible Burger at Nishi in New York, Traci Des Jardins offers it at Jardinière in San Francisco, and Chris Cosentino cooks it at Cockscomb, also in San Francisco.