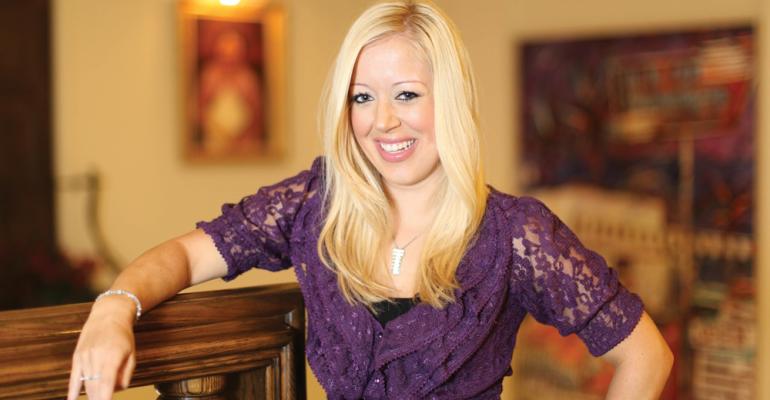 In many ways, 2017 will likely be a year like any other at In-N-Out Burger.

The 319-unit chain’s simple, short menu of quality burgers cooked to order, shakes and hand-cut fries will remain unchanged, as it has for nearly 70 years. And its vocal cult following will continue to put the brand at the top of “best burger” rankings.

But 2017 will also be the year Lynsi Snyder comes into her own.

In May, the president of In-N-Out Burger and the granddaughter of the iconic chain’s founders will celebrate her 35th birthday, which also marks the day she inherits full control of the Irvine, Calif.-based company.

After the death of her grandmother Esther Snyder in 2006, Lynsi, the sole direct heir, inherited 50 percent of the company’s shares when she turned 30. The remaining 50 percent will shift to her at age 35, reportedly making her one of the youngest American female billionaires.

The quick-service chain is valued at more than $1.1 billion.

Will the move spell change for the brand? Probably not.

Since its founding in 1948, In-N-Out has built a reputation for simplicity and consistency. The restaurants, all company owned, are spread across six Western states. All are within a 500-mile radius of three distribution centers supplying In-N-Out’s never-frozen beef. There is no dollar menu, no breakfast menu, no fancy toppings and no online ordering or delivery.

Another hallmark is the brand’s reputation for happy employees. In-N-Out pays higher-than-average wages, and took the No. 7 spot on Glassdoor’s 2017 Employees’ Choice list of Best Places to Work.

In rare interviews, Snyder is often asked whether In-N-Out will go public or franchise. In 2015, she told CBS News: “I wouldn’t do it,” she said. “My heart is totally connected to this company because of my family and the fact that they’re not here. … I have a strong tie to keep this the way they would want it.”