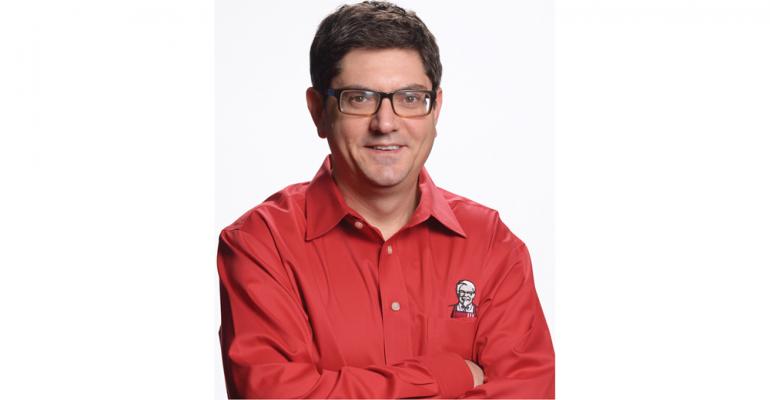 Say you’re a struggling brand, and your marketing guy just pitched this idea on which to pin your comeback: A series of ads in which different comedians play your chain’s legendary founder. More than one brand president would probably laugh the marketing guy out of the office.

Which is why we’re putting Kevin Hochman, the chief marketing officer for KFC U.S., on this year’s Power List.

Remember, not long ago KFC in the U.S. was all but left for dead, overshadowed by its own remarkable international strength, and surpassed domestically by competitor Chick-fil-A.

The Colonels helped KFC advertise a series of innovative products and value offers, including $5 Fill Ups and Nashville Hot Chicken.

Same-store sales, which had long been weak at KFC, took off. Same-store sales increased 6 percent in the third quarter, and 8 percent on a two-year basis, at a time when overall quick-service restaurant sales were weak.

To be sure, KFC has done many other things to turn itself around, including improving relations with franchisees and remodeling restaurants, under the brand's president of KFC U.S. Jason Marker. But it’s difficult to ignore KFC’s marketing strength as a major factor in its resurgence. For that, Hochman earns a spot on this list.