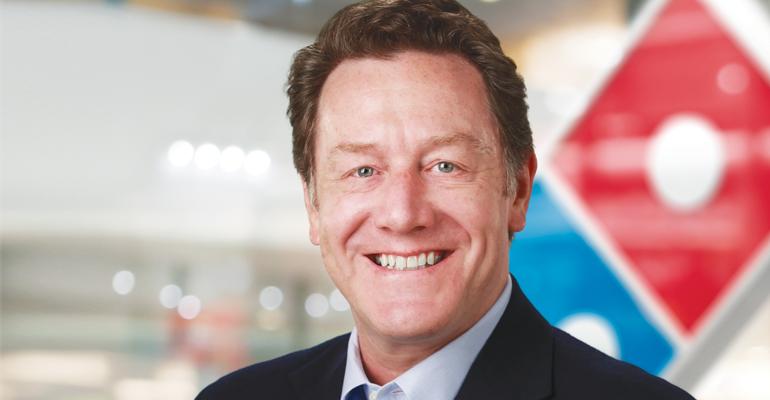 Perhaps no restaurant chain has done more to adapt to the technology-dependent world than Domino’s Pizza Inc. The Ann Arbor, Mich.-based company has emerged from near bankruptcy in 2008 to become one of the most innovative concepts in the restaurant business.

For that reason, CEO J. Patrick Doyle is NRN’s choice as the most powerful person in the restaurant industry heading into 2017.

Doyle, who has been with the chain since 1997 and was elevated to CEO in 2010, helped guide Domino’s to years of rapid growth in a business that was considered to be in decline.

The CEO did this by guiding Domino’s evolution from a run-of-the-mill pizza delivery chain into a company that more closely resembles a technology firm.

Under Doyle’s watch, Domino’s demonstrated the power of simplicity, that a mature restaurant chain could lure customers in droves with the promise of easy ordering.

The company, which has a single point-of-sale system at its more than 5,000 U.S. locations and oversees an in-house IT development team, has aggressively found new ways for customers to order pizzas electronically. Consumers can order pizzas on a watch, via television, from a car, by tweet, by text or on their app — even when they don’t touch a button.

And Domino’s effectively advertised and marketed this simplicity. What’s the point, after all, of having a fancy new ordering toy if you’re not going to tell people about it?

This focus on digital simplicity has pulled in customers in a largely saturated market from smaller chains and independents unable to keep up with the tech-savvy leader. Domino’s also made mobile ordering and payment part of the cost of doing business in the pizza sector. If you’re not making it easy for your customers to order and pay for their pizzas, you will lose business.

The company’s current growth trajectory suggests it might be able to leapfrog pizza market leader Pizza Hut within two to three years.

Investors have rewarded the company with a massive increase in its stock price. If you were fortunate enough to have purchased $1,000 worth of the company’s shares in late November of 2008, you would have more than $58,000 today. No other restaurant company on Wall Street can claim that kind of return.

The increase in sales is bolstering the chain’s efforts to increase its business down the road.

Operators, who had stayed on the sideline for years even after sales began picking up, are building locations. They are also investing in existing stores through remodels that promise increased sales in the coming years and, if the company’s plans come through, generate more takeout sales.

And this growth is just what happened in the U.S. This doesn’t even take into account the company’s international growth, where Domino’s is building more units — it added more than 900 over the past year and had nearly 8,000 as of the end of the third quarter. Same-store sales internationally have had consistent increases.

All of this has made Domino’s the envy of the restaurant world, and distinguished Doyle and Domino’s as the No. 1 industry player on NRN’s Power List.