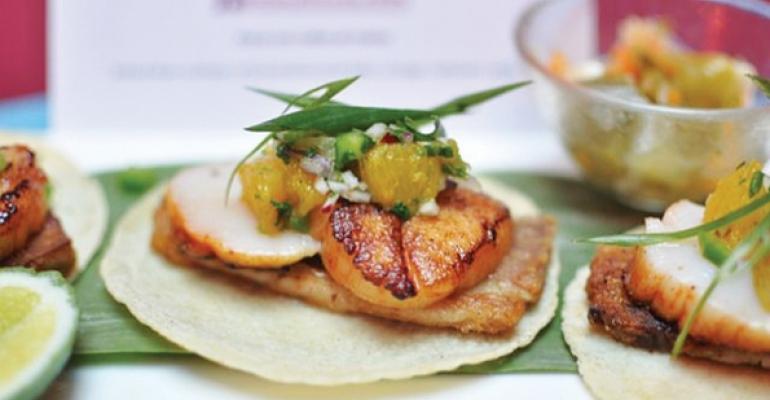 With a 16-year gap between the opening of the first two Rosa Mexicano locations in New York, it can’t be said that the owners of the upscale Mexican restaurant were in any particular rush to replicate the concept elsewhere.

However, once the decision was made in 2000 to grow Rosa Mexicano beyond its New York roots, the chain moved forward briskly, opening another 14 locations in the past 12 years. This year the chain plans to introduce three more restaurants, including two international outlets in Puerto Rico and Dubai, United Arab Emirates.

“It took time to determine whether the brand had legs in other markets,” said chief operating officer Jason Berry. “But we knew we had something special.”

One of the challenges the upmarket Rosa Mexicano has had to face since Josefina Howard founded it in 1984 is overcoming Americans’ lack of familiarity with true Mexican cuisine.

Arlene Spiegel of Arlene Spiegel & Associates, a restaurant consulting firm in New York, observed that despite consumers’ confusion over what constitutes genuine Mexican food, Rosa Mexicano has established its own niche as it expands.

“The Mexican market segment still has a class system,” Spiegel said. “You have quick-service chains like Taco Bell all the way up to one-off, fine-dining independents. But Rosa Mexicano has always hit the sweet spot, with authentic flavors and an ambience that celebrates the culture. It definitely has staying power.”

When it comes to positioning itself in the marketplace, Rosa Mexicano incorporates culinary elements generally found in upscale restaurants. For example, while guacamole is recognized as a Mexican menu staple, Rosa Mexicano has elevated its status by preparing it tableside.

Even recognizable items like tacos are treated in a more upscale manner. Signature selections include a popular Baja Fish Taco — which features locally sourced fish — and a Duck Tinga Taco with guajillo chile salsa.

Meanwhile, the chain — which is owned by Rosa Mexicano Restaurants and Goode Partners, a New York-based private equity firm — is continuing to plot future growth domestically and internationally.

“Now is a good time,” Berry said. “Mexican is enjoying a bit of a renaissance, with more traditional Mexican restaurants opening up around the country. And these days when people go out, they want to have fun and be in a unique environment and get something they can’t get at home. Mexican provides that.” it’s celebratory.”