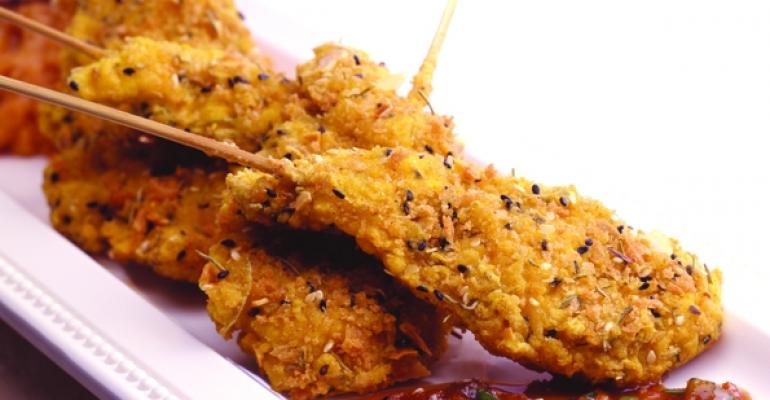 Fresh to Order is looking to take on casual-dining restaurants by serving freshly made, higher-quality food in 10 minutes for about $10 per person.

The Atlanta-based concept fills a niche that has been largely untapped by foodservice operators — the upscale fast-casual sector, said Pierre Panos, founder and chief executive of the eight-unit brand.

“I like to develop concepts that fit into something that’s not already there,” he said. “I figured out that there was a niche for ‘fast fine’ — above fast casual but below fine dining.”

The numbers appear to be proving him right. Since 2010, the company has grown its sales by about 10 percent each year, a pace Panos hopes to repeat, if not surpass, in 2013.

The brand incorporates not only aspects of casual dining — such as bussing tables — but also of fine dining. For example, the restaurant offers
“long plates,” which include Brown Sugar Roasted Pork Loin with sweet mashed potatoes and apricot chutney, and Bourbon Filet Steak, served with a balsamic-Cabernetn reduction and baby greens.

Fresh to Order also features wine by the glass and beers, adding to its upscale perception among consumers. Those high-end elements and brisk service are what differentiate Fresh to Order from otherconcepts, Panos said.

“It’s certainly not fine dining by a long stretch,” Panos said, but the food is inspired by high-end chefs.

“Consumers seem to [see] that it is a little better than maybe they were expecting out of fast casual,” she said. “It filled a niche.”

The challenge for this fast-fine brand will be consistency moving forward, Chapman said. Because Fresh to Order focuses strongly on fresh ingredients and a high level of service, it may be difficult to replicate everywhere.

“It will be hard as they grow because of controls,” she said.

As such, Panos said he plans to grow his brand carefully, not quickly, and to keep to the Southeast — from Florida north to Washington, D.C. — for now. He said he hopes to open 40 stores over the next five years.