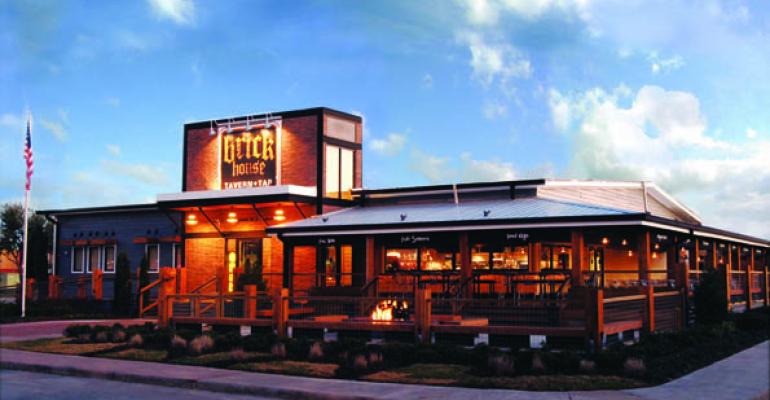 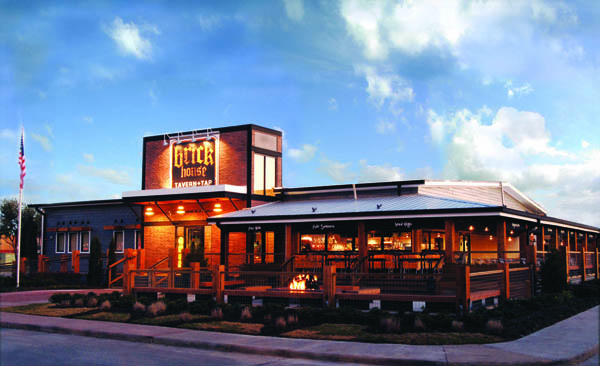 When asked about Brick House Tavern + Tap, chief executive Ray Blanchette moved first to dispel misconceptions about what some assume it is.

Despite its short-shirted female servers, Brick House isn’t another Hooters or Tilted Kilt Pub & Eatery, he said — and its restaurants do have a smattering of male servers. Nor is it another addition to the endless number of pub and grill concepts.

“We call it a polished-casual concept, a next-generation bar and grill,” said Blanchette, whose 15-unit company is based in Houston. “We also like to think of it as a gastropub experience you don’t have to go into a city to get.”

Brick House units typically seat about 250 in repurposed restaurant sites averaging 6,000 square feet. Within those walls is an array of seating choices ranging from bar stools to communal tables to recliners designed to hold one’s drink and plate.

The appointment of former Culver’s executive Jim Doak as director of menu development reinforced the culinary spin on the chain’s premium cocktail line, but craft beer is the boss at Brick House bars. Patrons can purchase a 100-ounce “Beer Bong” filled with their choice of brew, delivered to the table and dispensed by a tap at the bottom. A limited number of premium craft beers are available, and the chain often features beers from local breweries, as well, Blanchette said.

“Our drink innovations and items like seared halibut with lemon-thyme butter, fresh haricots verts and russet-thyme sweet-potato hash — those clearly skew female,” he said. “Brick House definitely has a masculine feel to it, but it’s still attractive to females because it’s an enjoyable place to be.”

After its 2008 founding, the company opened 15 units fairly quickly, then stopped to assess the brand’s positioning, Blanchette said. While it’s eyeing several markets for new openings, he said it will “grow responsibly and without exceeding the reach of our human capital.”

“That they’re not going after the same demographic — The Cheesecake [Factory] demo — as Hooters was a smart move,” DiFrisco said. “They’ve put more investment into the box, which makes it more contemporary and a little upscale. Yet the price points are still in line with other mass feeders at Hooters and Buffalo Wild Wings.”