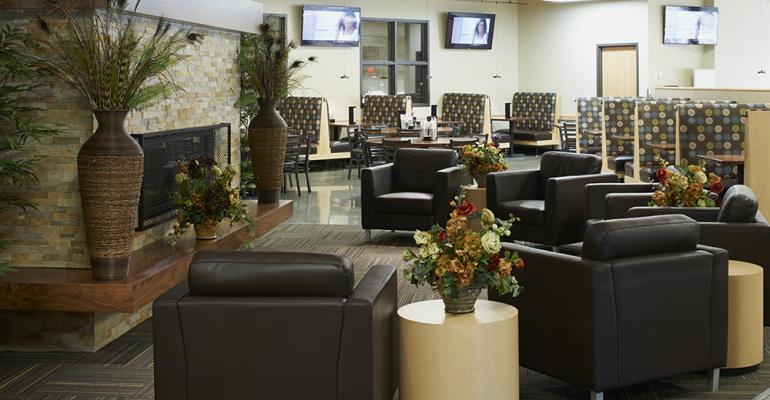 Since the beginning of the Great Recession in 2008, restaurant traffic has been decreasing while visits to grocery and convenience stores have been on the rise.

“They’ve lost almost a billion trips since the recession, [and those visits have gone] into retail channels,” said Randy Raymond, director of retail foodservice strategy for Coca-Cola.

That process has helped give rise to, and been fueled by, increasingly attractive food offerings in retail locations.

Raymond discussed how his company and other manufacturers could work with retailers to further improve those offerings in a panel conversation with Jeremy Gosch, chief merchandising officer of Hy-Vee, Jim Bressi, director of research & development for Kwik Trip, and Richard Allardyce, senior director of merchandising and commercial programs for Sobeys.

Raymond, whose job at Coke is to bridge the gap between his company’s foodservice focus and retail, said the company had been surveying thousands of consumers to understand why they decide to eat where they do and can provide retailers with culinary and restaurant trend insights to help them target their operations appropriately.

Bressi said Kwik Trip benefited from that and other data provided by suppliers.

“We rely heavily on manufacturers, especially with data. They’re the ones with resources to get the information down to you,” he said. The Market Grille's menu includes a mix of American, Italian and Asian dishes.

Gosch, whose Hy-Vee markets have seen success with their Market Grille restaurants, said he could use help with groups of consumers who use Hy-Vee’s facilities to cook their own food for the week.

“And they can drink wine in there, which I think is part of the attraction,” he said. But he said he’d like to work with Coke and other manufacturers to put recipes together to provide meal solutions for his customers, both in-store and in their homes.

Allardyce said Sobeys had already benefited from insights from the culinary teams of Rich Products and other manufacturers, but it remained a challenge of how to get the foodservice and retail sides in his own markets to communicate better. That included having the staff at his delis understand how to save money by using foodservice products instead of retail ones — such as large restaurant-sized pouches of Alfredo sauce rather than items from the supermarket aisles.

He said it was also a challenge to get supermarket workers to act more like chefs.

“It’s tough to go into these delis and tell them we want them to slice the green onions on a counter, on the bias, with a chef’s knife — not a paring knife or a plastic knife,” he said. He noted that his suppliers have some of the best culinary teams in the country, and he’d like to use them to help train his own staff to produce at a higher level and to do it consistently.

Gosch agreed that manufacturers with foodservice expertise could help them find efficiencies in moving beyond the retail products they were accustomed to using.

Bressi said that when Kwik Trip started going into foodservice 13 years ago they had to train staff who were used to running cash registers how to use knives. “But now we’re a restaurant that sells gas,” with its own bakeries and commissaries. However, he said, “we do rely on the Riches of the world to develop recipes.”

Allardyce said his team also needs help learning how to romance the food that they’re cooking.

“It’s not just a deli salad anymore,” he said. “It’s an in-house-roasted beet salad that we cooked this morning using beets from a local farm. … We need to start recruiting from culinary schools and finding people that have a passion for food.”

Raymond said macro-consumer trends showed a bright future for foodservice at retail. He said younger generations don’t distinguish between different operational channels. As far as they’re concerned, convenience stores, supermarkets and restaurants are “all kind of one thing.”

Combine that with the facts that people are increasingly time starved, and that 60% of Americans don’t know at 4 p.m. what they’re going to have for dinner that evening, and opportunities abound for retailers that distinguish themselves with better food offerings.