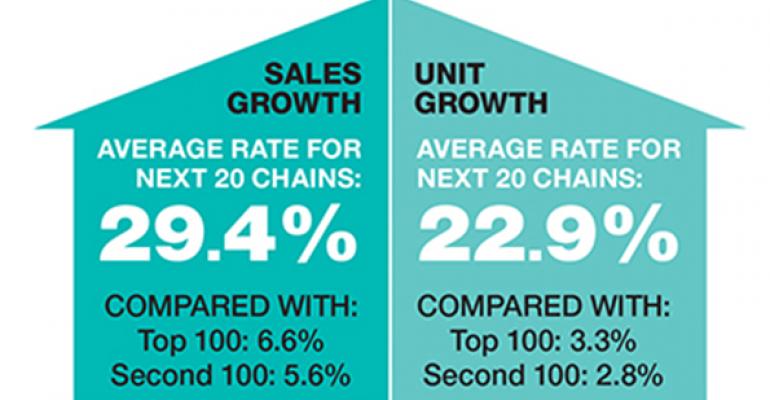 NRN takes a look at 20 restaurant chains positioned to crack the Top 200 — and what they’re doing to get there.

Chains in The Next 20 are tracked by NRN as part of its Top 200 research. Beginning this year, chains that were previously in the Top 100 or Second 100 may be included in The Next 20 if those chains have not been in the Top 200 in five years and have at least two consecutive years of growth in U.S. systemwide sales. This year, Next 20 chains booked U.S. systemwide sales below the $150.5 million threshold for this year’s Second 100 ranking.

Click on the chain names to see Average Unit Volume data. AUV numbers represent company-reported figures or data from public documents. AUV calculations may differ by brand. AUV is assumed to be domestic, systemwide, unless an exception, which is explained in the corresponding footnote. AUV was not available for all chains.