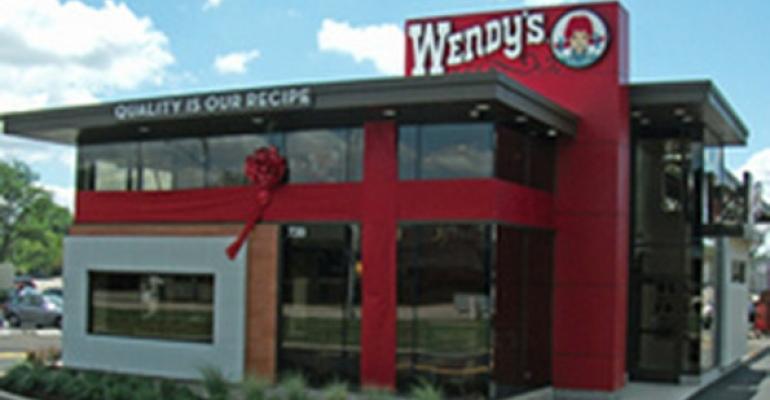 The Wendy’s Co. reported a large net loss in the third quarter as it paid down debt, but investments in its “Image Activation” remodeling program have the brand confident it will achieve its growth targets for 2012 and accelerate those plans next year.

Much of the brand’s focus during Thursday’s third-quarter earnings call was its reimaging program, which chief executive Emil Brolick said would give Wendy’s credibility to offer a fast-casual-like experience at quick-service pricing and would allow the brand to grow sales and earnings in the future.

Wendy’s officials said the company is on track to remodel 48 corporate locations to the Image Activation look for the full year, and 16 of the 19 restaurants opened for 2012 will have the new design. In addition, the first franchised location carrying the new look opened in the third quarter.

Next year, Wendy’s aims to reimage 100 and build 25 company-operated restaurants with the Image Activation design, while franchisees are expected to remodel 100 of their locations and build 40 new-look units.

The 10 prototype locations opened in 2011 have sustained an average annualized sales gain of more than 25 percent, he added.

“For the 2012 Image Activation restaurants that are open this year, we’ve seen that on average, the dining room sales are up close to 110 percent, carryout sales up in area of 55 percent and pickup window up 15 percent,” Brolick said. “When the pickup window, which is 65 percent of our sales, goes up 15 percent, that’s a heck of a jump too.”

Chief financial officer Steve Hare added that restaurant-level margins should continue to improve above the 0.2-percent gain achieved in the third quarter “as we come up the learning curve on how to run these [Image Activation] restaurants.”

“It really is a different customer model that we’re delivering,” he said. “It’s service at a much higher level, and we have a significant increase of customers now coming in to the restaurant as part of our mix, and that leads to higher checks.”

The Wendy’s Co. has set up a $10 million incentive program for 2013 to encourage franchisees to adopt the new look. The first 100 franchisees to complete a Tier I remodel will receive a $100,000 grant from the company, and nearly half of those incentives have been awarded already, Brolick said.

“Overwhelmingly, the franchise system recognizes our need to update restaurants, and there’s not a lot of debate out that,” he said. “The question is just the cost. As we started out with a Tier I restaurant that is $750,000, we recognize that’s a significant investment. In a system like ours with higher-volume restaurants and lower-volume ones, or ones that are owned or leased, a tiered-investment system is very important.”

Depending on the needs of their real estate sites and buildings, or the demographics of their trade areas, franchisees could undertake one of three remodeling packages for different expected development costs. An all-in Tier I remodel could cost as much as $750,000, but those restaurants are showing a sales lift of more than 25 percent above pre-reimage levels, Brolick said.

Tier II and Tier III remodels take advantage of fewer design elements, but involve smaller investments of about $500,000 and $375,000, respectively. No such remodels have taken place yet, but Wendy’s expects a Tier II reimage to produce a sales lift around 20 percent and a Tier III version to produce about a 7.5-percent lift. More than 50 of the remodels planned for 2013 would be Tier II and Tier III designs, Brolick said, and that shift is expected to speed up systemwide adoption of the remodel program.

“As we’ve been able to tighten up the designs on Tier II and III, we’re excited because we think a lot of the dimensions of Tier I that people have given us very positive feedback on — we’ve been able to preserve a fair amount of that in those less costly restaurants,” Brolick said, adding that the first Tier II and III restaurants would open late in the first quarter of next year.

The biggest difference in the Tier III design that saves a lot of money compared with a Tier I or II build-out is that there is no separate pickup area for food from the cash register counter where orders are placed. However, the upscale touches like new booths and seating, flat-screen TVs and Wi-Fi are present in Tier III units to impress customers, Brolick said.

“If you look at it from perspective of a consumer who has been going to restaurant that is 25 years old, even when they go into a Tier III design, it will still be an ‘oh my gosh’ feeling with they walk in,” he said.

Wendy’s operates or franchises 6,547 restaurants in the United States and 27 international markets.