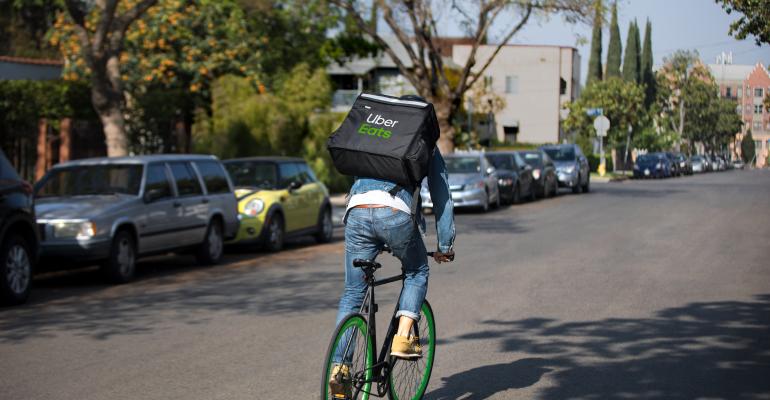 Uber
Is this an employee or a contractor?
News

Are gig workers employees or contractors? A California law known as Assembly Bill 5 or AB5, seeks to answer this question. The law would make it harder for companies like Uber and Postmates to classify drivers and couriers as independent contractors. Now, both companies have filed suit, stating AB5 is unconstitutional.

Under the law, which went into effect on Jan. 1,  independent contractors, such as third-party delivery drivers, would qualify as employees if a company exerts control over how they perform their job or if their work is part of a company’s regular business.

“State legislators had the opportunity to expand benefits for hundreds of thousands of independent workers in California, a step Uber has been advocating for and one that other states already have taken,” wrote an Uber spokesperson in a statement. “Instead, they passed AB5 using a biased and overtly political process that ignored the voices of the workers most affected by the law and granted preferential treatment to an arbitrary group of industries. We are joining a growing group of companies and individuals suing to ensure that all workers are equally protected under the law and can freely choose the way they want to work.”

Experts believe that the law will likely make restaurant delivery more expensive for those restaurants that rely on third-party players.

Uber and Postmates, along with a driver for each service who was part of the suit, attack the law on its constitutionality. The suit reiterates an argument these companies have long made—they are tech companies not transportation companies. Delivery, therefore, is not part of regular business.

The suit also argues that the law limits the freedoms of workers.

“Inevitably, forced reclassification would eliminate the flexibility and entrepreneurship that is the foundation of platform-based work. And that, in turn, would reduce the number of people who are able to earn money via on-demand work,” the plaintiffs write.

Miguel Perez, a named plaintiff in the suit, used to work as a truck driver before becoming a Postmates courier.

“I worry that if this new law goes into effect, this whole model of work will be at risk — and could easily be gone forever. I might have to go back to driving a truck for a set shift. Or, maybe I’ll get stuck as a traditional delivery driver who works full time for a restaurant,” he writes in a Postmates blog post.

“That won’t give me the freedom that I like, and it’s not for me. I like spending time with my family whenever I want. I like being my own boss and making as much money as I want without asking anybody for permission about when or how to work. That’s why I really enjoy using the Postmates app. AB5 threatens to upset all of this.”

Under this law, couriers could become eligible for workplace protections and benefits, like minimum wage, paid sick days, health insurance benefits and workman’s compensation, as well as the ability to unionize.

Fundamentally, that would mean the cost of restaurant delivery going up, said Anthony Zaller, an attorney at Zaller Law Group in Los Angeles, after the California State passed AB5 in September.

“These independent contractors will have to be treated as employees, which will increase the cost for the underlying companies. And that cost will be passed on to restaurants and ultimately the consumer,” he said.

Meanwhile, state Assemblywoman Lorena Gonzalez, D-San Diego, one of the bill’s authors, argues that customers and businesses have been paying these costs already.

“We cannot sit by while companies pass off their own costs of doing business onto California’s taxpayers and responsible businesses while depriving millions of workers of the labor law protections that they are rightfully entitled to,” she wrote in a statement in September.