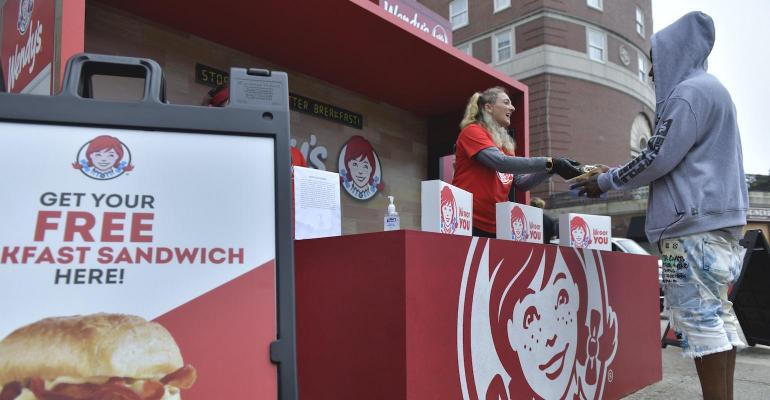 The Wendy’s Co., which is into its second year of systemwide breakfast, highlighted a new meal deal promotion Wednesday with a bus-stop giveaway in Providence, R.I., that was aimed at building awareness.

Ruby Tuesday has added a new brand to dine-in and to-go menus: Libby’s BBQ. The company announced the addition, which will be in all of the casual-dining restaurant’s stores, on Wednesday after initially planning to offer it as a virtual-only option.

Entrees from Libby’s BBQ start at $9.99 and include smoked beef brisket and pulled pork, available as an entree or a sandwich, and a new BBQ trio with smoked brisket, pulled pork and smoked sausage. The menu includes new sides including coleslaw, baked beans and house-made potato salad.