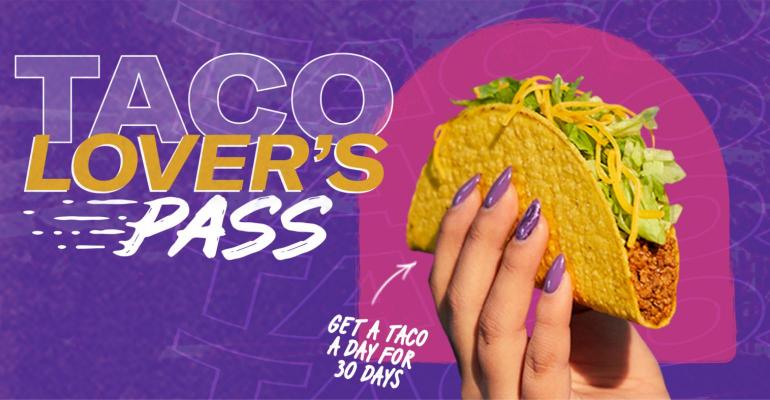 This week's top story was, another round of the Restaurant Revitalization Fund is looking less likely. Seven months after Congress first introduced the Restaurant Revitalization Fund replenishment, it looks like restaurants might have a lot longer to wait for emergency financial aid, if it comes at all.  In recent media interviews and press conferences, the White House made it clear that the Biden administration is looking to the future and focusing on moving on from the government-assistant portion of pandemic recovery.

Following a successful test in Arizona last year, the Irvine, Calif.-based chain said the Taco Lover’s Pass, a digital subscription service that will allow fans to enjoy a daily taco for 30 consecutive days for about $10 (prices may vary by location), will be available at participating locations across the country.

In other news, after a successful period of significant growth during the pandemic, Papa Johns has an eye toward international expansion as its next target. The pizza chain announced Friday its largest-ever franchise deal (and CEO Rob Lynch believes one of the largest franchise deals in the restaurant industry) with Chinese private equity firm FountainVest Partners to open 1,350 new stores across South China over the next two decades.

See what else was trending on Nation's Restaurant News this week.