Trending this week: Mariah Carey takes the holidays up an octave with 12 days of McDonald’s deals 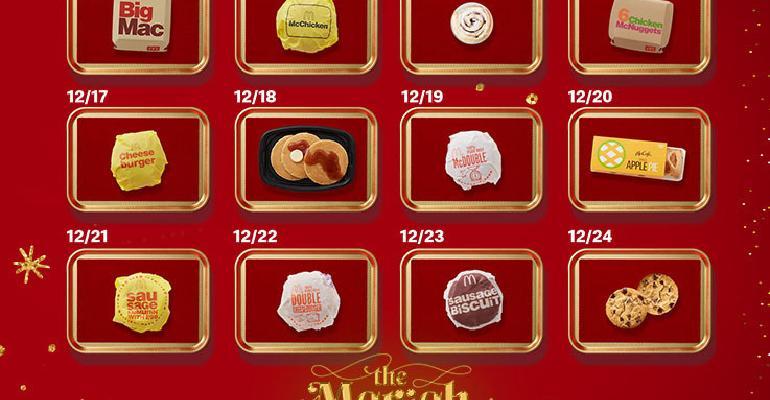 This week's top story was the latest episode of Extra Serving, a podcast by Nation's Restaurant News. On the pod this week, NRN editors discussed the latest collaboration between McDonald’s and a celebrity: Mariah Carey. Also, the editors discussed whether In-N-Out will go to Florida and Panera Brands going public with Danny Meyer.

In other news, McDonald’s Corp. has negotiated new deals with two of its third-party delivery platforms, DoorDash and Uber Eats, and will be integrating McDelivery into its mobile smartphone app.

Also, Starbucks announced a partnership Friday with Taylor Swift in coordination with both Starbucks Red Cup season and the pop superstar’s release of her own version of her 2012 album, Red. Now Starbucks lovers and Swift fans can order Swift’s favorite drink, “Taylor’s Latte” or “Taylor’s Version:” a grande caramel nonfat latte.

Starbucks customers will be able to celebrate this collaboration by asking for a free customized “Taylor’s Version” drink sticker when ordering in stores or via drive-thru in U.S. and Canada Starbucks locations through Jan. 3. In the Starbucks app, customers can order the drink via a shortcut: click the Taylor app card and “order now" to order "Taylor's Version” for delivery or pickup.

See which stories were trending on NRN.com this week.