Trending this week: How KFC is planning an urban takeover 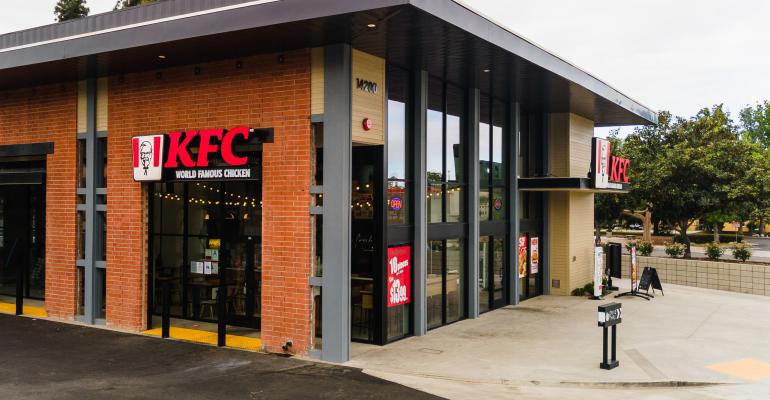 Although the drive-thru suburban restaurant is the bread and butter of KFC’s store portfolio, the Yum brand has big plans to increase its urban presence, starting in select markets. Starting in 2022, KFC is prioritizing an aggressive expansion strategy, particularly in cities like St. Louis, New York (Chinatown, Queens, and Harlem), and Baldwin Park, Calif.

When entering and expanding in these urban markets, KFC plans to build stores with a to-go format in mind, matching the on-the-go mentality or urbanites. There will likely not be drive-thru lanes, but stores will have in-store mobile pickup signs for both customers and third-party delivery workers to reduce customer friction. At these urban stores, they’ll also be testing digital menu boards and kiosks to add even more optionality for customers.

Hourly workers at Starbucks are getting a raise in October, rather than waiting until January, thanks to the chain’s strong performance, the Seattle-based chain confirmed Wednesday.

In an ongoing push to bring the chain’s minimum wage to at least $15 per hour within the next two or three years, the company said it will raise the starting wage for baristas to at least $12 in all stores in October. Earlier, the wage increase was scheduled to occur in January 2022.