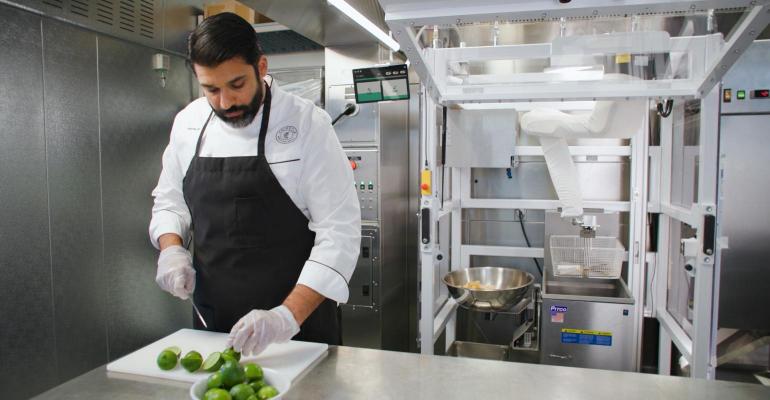 This week on the Extra Serving podcast, a production of Nation’s Restaurant News’ Last Bite Network, NRN editors Holly Petre, Sam Oches and Bret Thorn discussed the mass exodus of CEOs leaving their posts in the past week. In less than 10 days, the chief executives from Wingstop, Starbucks, Domino’s, and Fazoli’s have all left their posts. Some for different jobs, others to retire, and one citing health reasons. Some of these brands, like Wingstop and Domino’s, performed spectacularly well during the pandemic.

Also, Flippy, the fry-cook robot, now has a sibling that is applying for a job at Chipotle Mexican Grill.

Meet Chippy, an autonomous kitchen assistant developed by Flippy maker Miso Robotics. Chippy is being “trained” to make Chipotle’s tortilla chips, which are made in house daily from corn masa flour, water and sunflower oil and seasoned with a dusting of salt and lime juice.

In other news, even as 300+ Western corporations commit to halting business with Russia as the war with Ukraine continues, for many larger companies, cutting ties with Russia is proving to be more complicated than it first appeared.  While both McDonald’s and Burger King joined the growing group of companies planning to temporarily shut down or slow operations in Russia, both chains have faced issues with rogue franchisees refusing to shut down, including one Burger King franchisee that owns and operates all 800 of the company’s Russian locations.

See what was trending on nrn.com this week.