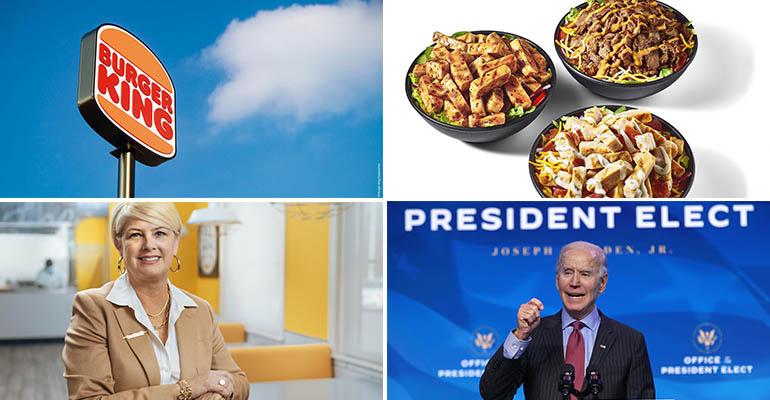 This week on NRN.com, Burger King unveiled a total brand refresh. In its first redesign effort in over 20 years, the quick-service burger chain is reinventing itself in 2021. The overhaul focuses on the “food journey” and includes new worker uniforms, a new logo, store redesigns and new packaging.

There were several top-level executive changes this week, including the promotion of Kathie Niven to CEO of Biscuitville. Nevin joined the chain in 2011 and served as Biscuitville’s chief brand officer before becoming its president in 2018; former CEO Burney Jennings will become executive chair.

At Gordon Ramsay North America, the Dallas-based company behind the celebrity chef’s U.S. operations, Norman Abdallah was named CEO. Abdallah most recently served as CEO of Del Frisco’s Restaurant Group Inc., and prior to that was the operating partner for private-equity firm CIC partners, focusing on restaurant portfolio companies.

NPC International, a major Wendy’s and Pizza Hut franchisee that declared bankruptcy last summer, agreed to sell its restaurants and other assets to Flynn Restaurant Group and Wendy’s parent company in two separate transactions. If approved, the two sales, with a combined purchase price of $801 million, would pave the way for NPC to emerge from bankruptcy.

Read all these stories and more, including President-elect Joe Biden’s thoughts on pandemic relief for restaurants and bars, in this week’s gallery.