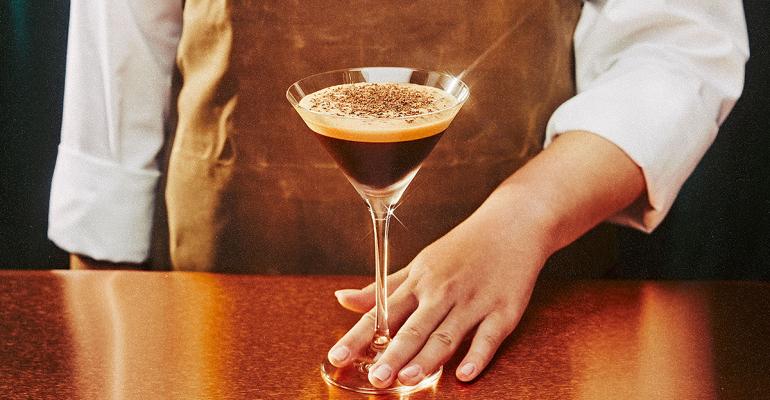 Starbucks is opening a Reserve store inside the Empire State Building

This Starbucks Reserve store will measure at 23,000 square feet with three floors and will open in November

Starbucks announced Tuesday that another New York City Reserve store is opening on Nov. 16 inside the Empire State Building. Like many of the other Reserve locations, this 23,000-square-foot, three-floor store will feature cocktails, elevated bites from Princi and exclusive coffee drinks, as well as classes, workshops and tasting flights.

“For almost three decades we have grown alongside the city of New York, where people from around the world gather to connect, explore, and share ideas,” Mark Ring, senior vice president of U.S. retail at Starbucks said in a statement. “The Starbucks Reserve Empire State Building store will bring people together in this diverse and dynamic city over incredible coffee and food experiences that celebrate human connection.”

While Starbucks has several Reserve stores and bars currently open in New York City, this upcoming Empire State Building store will be one of the largest — rivaling the flagship Reserve Roastery location in Chelsea. It will be the only store to feature Starbucks’ new brewing method, born out of the company’s R&D team: cold-pressed espresso, which “uses cold water and gentle, upward pressure to unlock a softer, sweeter espresso shot, similar to a slow-steeped cold brew" but will not have a coffee roaster on site.

On the same day that Starbucks announced the opening of the new Reserve store, staff at the flagship Roastery went on strike to protest the corporation’s lack of response to “urgent health and safety conditions” at the store, including allegations of bedbugs and black mold. The Starbucks Roastery store unionized in April of this year after a National Labor Relations Board election. The Roastery joins the Williamsburg Starbucks Reserve location in Brooklyn, which similarly went on strike earlier this month “in response to the company’s unilateral changes to benefits and store hours without bargaining.”

Related: Trending this week: Starbucks is investing in automation to halve the time it takes to make your Frappuccino

HAPPENING NOW: @SBWorkersUnited workers have walked out and are ON STRIKE over management's failure to address urgent health and safety issues.

Conditions at the Roastery are unsafe for workers and customers. Come support workers on the picket line TODAY!

Additionally, with Starbucks customers demanding more quick, off-premises service, the announcement of a new elaborate Roastery that encourages lingering and exploration seems like a strategic contradiction.

Even before Howard Schultz took the helm (again), Starbucks had been leaning away from in-store experiences and more toward quick, digital off-premises demand. Over the past several months, analysts have noted that since rejoining the c-suite as interim CEO, Schultz appears to be reigning in his famous third-place strategy that he initially implemented in the ‘90s.

Over the past year, the Seattle-based coffee chain has opened an Amazon Go store for a completely contactless grab and go experience, has begun wavering on its famous open bathrooms policy, and then during Starbucks Investor Day Starbucks CMO Brady Brewer outright offered a new definition of the third place.

“The third place isn’t going away-- We have more third places now than throughout our history,” Brewer said at the time. “We’re reaching people in new ways like mobile order, drive thru delivery, etc.”

While Starbucks Reserve stores might scratch a different itch (and appeal to a different customer demographic) than the commuter in a hurry to get their daily caffeine fix, they are an expensive investment to make if the rest of the company is headed down a different path.

"Starbucks Reserve locations emphasize the third place and Starbucks experience by creating meaningful experiences for our customers to immerse and connect over coffee," a Starbucks spokesperson told Nation's Restaurant News when asked about the balance of on-and-off-premises-focused locations. "We have an exciting opportunity with the new Starbucks Reserve Empire State Building store to continue pushing the boundaries on coffee craft and the coffeehouse experience."