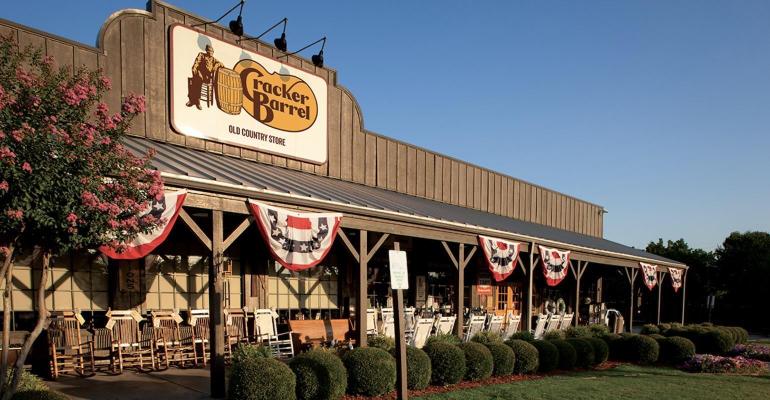 Sardar Biglari finally gets someone on the Cracker Barrel board

After years of takeover attempts and critical letters to the board, Biglari Capital has entered into a nomination and cooperation agreement with Cracker Barrel

Biglari Capital — the Texas-based holdings company brainchild of Steak ‘n Shake CEO Sardar Biglari — has finally reached a truce with Cracker Barrel Old Country Store Inc., after years of fighting to get his nominees on the board and publishing strong critiques of the casual-dining company that he holds 9% stake in. According to a press release, Cracker Barrel and Biglari have entered into a nomination and cooperation agreement, under which the company has agreed to expand its board of directors to eleven and nominate Jody Bilney, one of Biglari’s choice nominees, to the board effective, immediately.

“Ms. Bilney was known to and admired by Cracker Barrel prior to her nomination by Mr. Biglari,” Cracker Barrel said in a statement sent to Nation’s Restaurant News.  “Following the Board’s assessment of her qualities and experience, the Board determined that appointing her as a director in conjunction with entering into a settlement agreement would be in the best interest of the company and our shareholders.  We look forward to Ms. Bilney’s insights and contributions as a director.”

As part of the agreement, Bilney — who is also a board member of Chuy’s Restaurants, among board positions at companies in other industries — Cracker Barrel has agreed to include her as part of its slate of directors to be voted on by shareholders at annual meetings in 2022 and 2023, and to “appoint her to one or more standing committees of the board in accordance with its normal practices.” Cracker Barrel also agreed to reimburse Biglari up to $500,000 for the holding company’s expenses in connection with searching for a director of the board.

This is part of an ongoing power struggle between Biglari Holdings and Cracker Barrel. For example, in Nov. 2020, Biglari Capital Group lost its fifth attempted proxy battle against Cracker Barrel and fourth attempt to gain a board seat by an overwhelming margin, in a vote by investors.

At the time, Cracker Barrel called Biglari a “historically dissident shareholder,” as he had often been critical of the brand’s leadership, particularly CEO Sandra Cochran, and has made multiple attempts to get his allies onto the board, though this is his first successful attempt.

As part of the agreement Biglari Holdings has agreed to what’s known as “standstill restrictions” that would be in effect until Feb. 24, 2024, which is meant to limit Biglari’s holidings in Cracker Barrel.