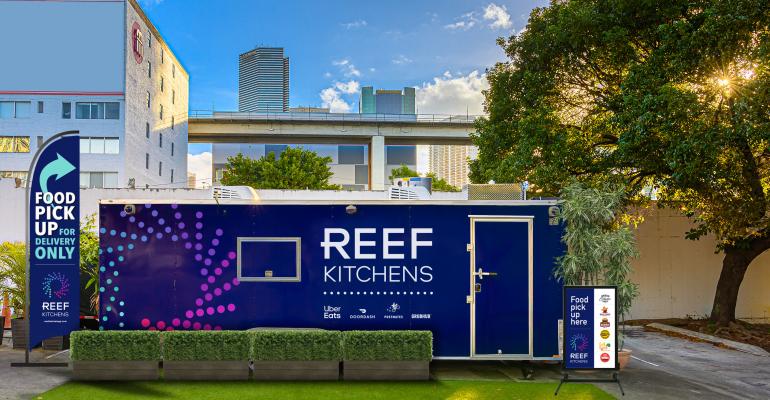 An internal memo from Miami-based Reef Technology first reviewed by technology publication, The Information, reveals that the ghost kitchen and parking garage company known for its mobile pod kitchens has announced a round of 5% layoffs, or about 750 employees, which will affect employees both in the field and in corporate headquarters.

“At the beginning of the year, we refocused our strategic priorities on strengthening our parking business, building on the exponential growth of Reef Kitchens, and expanding our Proximity platform,” Reef’s memo sent to staff said. “We also sharpened our focus on profitability and productivity, both critical assets in inflationary environments. This move proved to be timely and necessary as we observe the current state of the economy. More precisely, the sectors in which we operate have seen severe disruptions and significant layoffs.”

Insider connected the layoffs to vendor debt worth upwards of $8 million and an alleged delay in doling out company bonuses. Current and former employees also confirmed that the company has been internally restructuring the business and “suffering from a lack of cash flow.”

NRN learned from a source close to the matter that these layoffs at Reef are a matter of “refocusing” the business to be more profitable to investors, and that most of the cuts are in experimental verticals outside of kitchens and parking garages like micro health clinics and vertical urban farming, the latter of which Reef announced as a new project in 2020.

Related: Reef Technology is working with city authorities to fix its permitting problems

As Reef Technology continues to grow, the focus of the company will likely change to more profitable restaurant brand partnerships — including regional and national chains with major Reef development deals, like Wendy’s and 800 Degrees — in anticipation of another upcoming round of fundraising, which will again be led by primary investor, SoftBank, and will be the second major round of fundraising in 18 months, following a $700 million investment from SoftBank and others in Nov. 2020.

The next round of funding will be announced in the coming months, though our source declined to nail down a dollar amount or exact timeframe.

In the future, Reef plans to restructure some of its existing kitchens to make sure that neighborhoods have “the right mix of brands,” with some brands relocating depending on neighborhood needs, proximity and profitability.

These changes are coming on the heels of a complicated year for Reef Kitchens, as the company stirred up controversy in fall 2021 for having permitting and licensing issues in multiple cities and needing to temporarily shut down operations to get up to speed on compliance, as first reported by Insider. NRN also elaborated on the food safety issues faced by Reef, including reports of running water problems and permitting scuffles with local law enforcement.

Since then, Reef has announced major plans to work with city governments — starting with its hometown of Miami — to update food regulations to make room for Reef’s unique mobile pod kitchens, which are currently beyond the inspection purview of most cities.

As Reef announces its layoffs, the ghost kitchen technology company is certainly not the only tech startup facing issues. Several newer tech company darlings are facing mass layoffs — many upwards of 20-30% or more — as inflation continues to skyrocket globally, including financial services company, Robinhood; celebrity shoutout app, Cameo; and hiring app, On Deck, according to Layoffs.FYI.