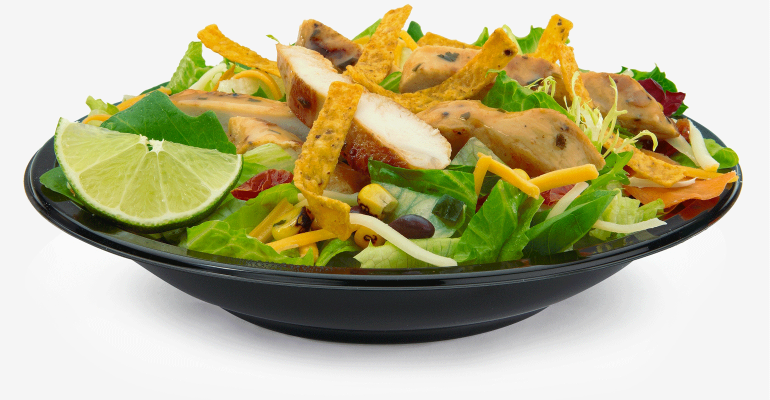 Chain pulls salads from distribution to 3,000 Midwest restaurants amid probe

McDonald’s restaurants in Illinois and Iowa have been linked to a possible foodborne illness outbreak that has sickened at least 105 people, according to public health officials in those states.

The victims in Illinois became ill in mid-May and have been diagnosed with cyclosporiasis, an intestinal illness caused by microscopic parasites. It is not spread directly from one person to another. People can become ill by consuming food or water contaminated with the parasite.

“The initial investigation indicates a link to consumption of McDonald’s salads produced for McDonald’s restaurants,” according to a statement released Thursday by the Illinois Department of Public Health. “Approximately one-fourth of Illinois cases reported eating salads from McDonald’s in the days before they became ill.”

This week the Iowa Public Health Department has identified 15 Iowans who ate McDonald’s salads in late June to early July prior to getting ill, officials said.

Chicago-based McDonald’s Corp. in a statement said, “Out of an abundance of caution, we decided to voluntarily stop selling salads at impacted restaurants until we can switch to another lettuce-blend supplier. We are in the process of removing existing salad blend from identified restaurants and distribution centers — which includes approximately 3,000 of our U.S. restaurants primarily located in the Midwest.

“McDonald’s is committed to the highest standards of food safety and quality control,” the statement continued. “We are closely monitoring this situation and cooperating with state and federal public health authorities as they further investigate.”

Illinois health officials said McDonald’s, which has 14,000 restaurants in the U.S., is cooperating with the joint investigation conducted by the two state health agencies, the Centers for Disease Control and Prevention, and the Food and Drug Administration.

Illinois officials, however, said they are looking at other possible sources.

“Although a link has been made to salads sold in McDonald’s restaurants in some Illinois cases, public-health officials continue to investigate other sources,” Illinois health director Dr. Nirav Shah, said in a statement.  “If you ate a salad from McDonald’s since mid-May and developed diarrhea and fatigue, contact a health-care provider about testing and treatment.”