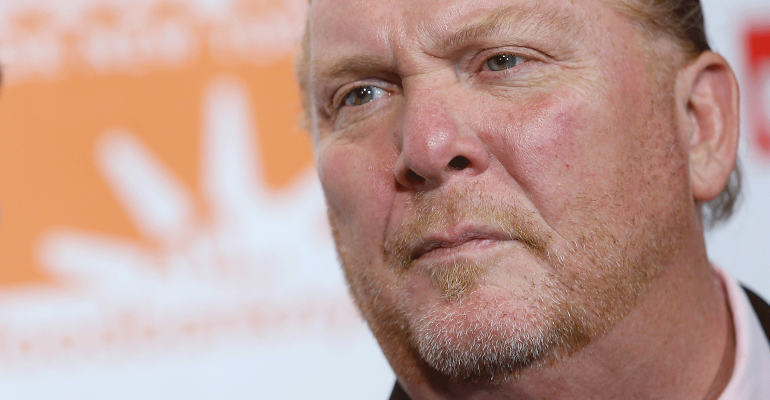 Celebrity chef Mario Batali is set to be arraigned in Boston Municipal Court on Friday on charges of indecent assault and battery from a 2017 incident, the Suffolk County District Attorney’s office in Massachusetts told reporters on Wednesday.

Details of the case match a civil lawsuit filed in August 2018 by a woman following an alleged incident on March 31, 2017, in which the plaintiff accused the celebrity chef of assaulting her at a Boston restaurant.

Batali’s attorneys said Thursday that the chef denies the allegations in both lawsuits.

“Mr. Batali denies the allegations in both this criminal complaint and the civil complaint filed last August,” Hogan Lovells LLP partner Anthony Fuller said in a statement. “The charges, brought by the same individual without any new basis, are without merit. He intends to fight the allegations vigorously and we expect the outcome to fully vindicate Mr. Batali.”

In the earlier civil lawsuit, the plaintiff said she was dining at a restaurant in Boston’s Back Bay neighborhood, when she spotted Batali. The chef offered to take a selfie with her and, according to the lawsuit, he grabbed and kissed her, "rubbed her breasts, grabbed her buttocks, put his hands between her legs and groped her groin area, and kept forcefully squeezing her face into his as he kissed her repeatedly."

The case was previously reported on by Eater in a May 2018 article that quoted several women as accusing Batali of unwanted sexual contact:

“He was just so drunk, and I’m, like, trying to smile for these pictures, and he’s pushing my face into his, kissing me, rubbing my breasts, my body and saying, ‘One more pic, one more,’” the victim told Eater in the article. “It all happened so fast, in the moment I was just like, ‘What is going on, this is so pervy — is this how you treat your fans?’”

This week’s court filings were the first criminal assault charges to come out of a number of misconduct accusations against Batali. Batali was first accused of sexually harassing and inappropriately touching four women — including three former employees — in December 2017. Shortly thereafter, he stepped down from operations of B&B Hospitality Group and cut ties with Eataly. In addition, ABC’s “The Chew,” a talk show that Batali co-hosted, was canceled amid the flurry of accusations.

“I apologize to the people I have mistreated and hurt,” Batali said in a statement at the time. “Although the identities of most of the individuals mentioned in these stories have not been revealed to me, much of the behavior described does, in fact, match up with the ways I have acted.”

Following the initial allegations, a CBS “60 Minutes” report detailed incidents of Batali drugging and assaulting women in 2004 and 2005, although he “deeply and vehemently denied” these allegations.

In January 2019, the New York Police Department closed two investigations of sexual misconduct into Batali because one case was outside the statute of limitations and the NYPD was unable to determine probable cause with the other.

In March 2019, Batali was bought out from B&B Hospitality Group and its 16 restaurants (including Babbo and Del Posto), which he co-founded with Joe Bastianich and other family members.

“The restaurants have been remarkably resilient because of your hard work and your commitment to giving our guests memorable experiences,” Joe and Tanya Bastianich said in an emailed statement at the time. “You are the best in the business, and we feel lucky to work with you.”

The Suffolk County District Attorney’s office and attorneys for the victim who filed the complaint in August 2018 did not respond immediately to requests for comment.