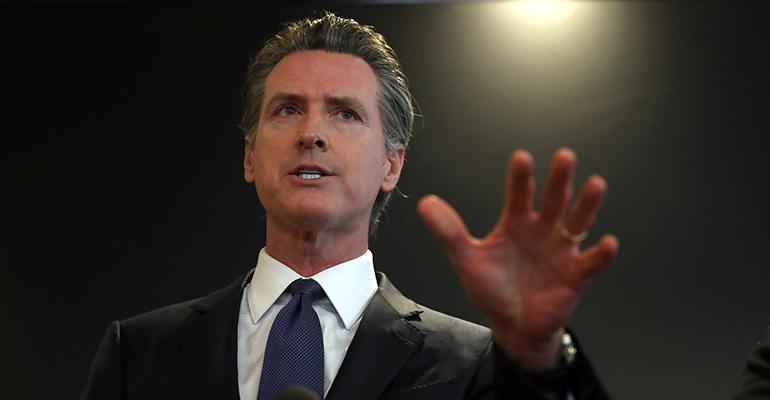 Gov. Gavin Newsom signed the bill into law on Labor Day and will begin to create a council to set labor standards for the quick-service industry

Nearly one week after the California Senate passed the FAST Recovery Act, Gov. Gavin Newsom signed the Assembly Bill 257, designed to protect fast-food workers, into law. Following the passage of the bill on Labor Day, California will eventually create a state-run, 10-member fast-food council that would set standard wages, working hours and conditions for employees of quick-service chains with 100 or more locations nationally.

In a statement released by the Governor’s office, Newsom confirmed that the council’s future working standards are designed to “empower” restaurant workers and create “wage and workplace protections to support their health, safety and welfare.”

Related: What the California fast-food worker bill means for you

“California is committed to ensuring that the men and women who have helped build our world-class economy are able to share in the state’s prosperity,” Newsom said in a statement released on Monday. “Today’s action gives hardworking fast-food workers a stronger voice and seat at the table to set fair wages and critical health and safety standards across the industry. I’m proud to sign this legislation on Labor Day when we pay tribute to the workers who keep our state running as we build a stronger, more inclusive economy for all Californians.”

CA will soon have a Fast Food Council that will include workers and our advocates who will sit down w/gov reps and business to set standards for over 550,000 California workers.pic.twitter.com/pAhjd26awS

When the council is formed by the Governor’s office, it will contain members from “both sides” of the aisle, including fast food workers, worker advocates, franchisees, franchisors and representatives from the Governor’s Office of Business and Economic Development and the Department of Industrial Relations.

For the most part, the restaurant business community has criticized the bill, with the National Restaurant Association, specifically calling out the part of the bill that would allow the fast-food council to raise the state minimum wage to up to $22: a 50% increase for California businesses.

“This bill only creates walls and hurdles for both restaurant owners and workers when there are strict regulations already in place,” Sean Kennedy, the National Restaurant Association’s executive vice president for public affairs said in a statement. “The expected higher wage mandates alone could raise costs for California quick service restaurants by $3 billion and that cost will likely spread to struggling independent restaurants as well. At a time when California restaurants are struggling with skyrocketing inflation in food prices and operating costs, this bill will push many owners closer than ever to shutting their doors in their communities.”

The FAST Recovery Act will finally give fast-food workers a seat at the table to demand fair pay and better treatment.

Glad to see it signed into law today. I hope that it will inspire similar councils to empower fast-food workers across the country.

The supporters of this bill see it as a template for other states to follow and pass similar legislation.