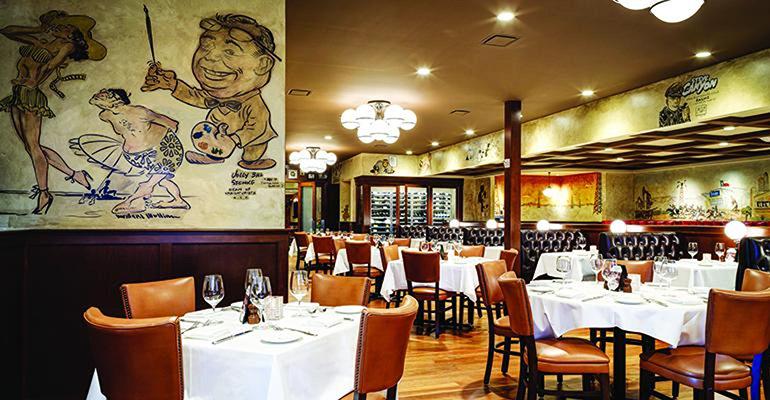 Landry’s Inc. makes $50 million bid to acquire The Palm restaurants out of bankruptcy

Tilman Fertitta’s Landry’s Inc. last week emerged as the stalking horse bidder to acquire The Palm steakhouse out of bankruptcy for $50 million.

If approved by the court, which is expected by mid-March, the deal would include the operation of 21 restaurants and three licensed locations, as well as the chain’s intellectual property and licensing rights, according to court documents. It would take the iconic steak-and-lobster chain out of family hands for the first time in more than 90 years.

Fertitta in a statement said The Palm is “one of the storied restaurant brands in America, and we are excited for this opportunity. The Palm is a perfect complement to our portfolio of steakhouse concepts, including Mastro’s, Morton’s and Del Frisco’s, among others.”

James Hamilton, chief operating officer for The Palm Restaurant Group, said in a statement, "We are excited about the interest on the part of bidders who remain in the auction process. We look forward to the next chapter of The Palm that will  honor the generations of hard work invested by the Bozzi and Ganzi families, as well as all of the dedicated team  members across our family of restaurants."

The Naples, Fla.-based parent company of The Palm, known as Just One More Restaurant Corp., filed for Chapter 11 bankruptcy in March 2019, shortly after a New York court awarded about $120 million to cousins of the founders’ descendants. The cousins, who were not involved in the business, in 2012 filed a lawsuit challenging the way they were paid royalties.

In 2019, the two owners and grandchildren of founders, Bruce Bozzi Sr. and Walter Ganzi Jr., also filed personal Chapter 7 bankruptcy in Florida as the two largest shareholders. A judge in those cases in December approved the hiring of advisors to proceed with a sale of the company.

The Landry's bid does not include the assumption of the $120 million liability owed to the cousins.

UPDATE: This story has been updated to include a comment from The Palm officials.