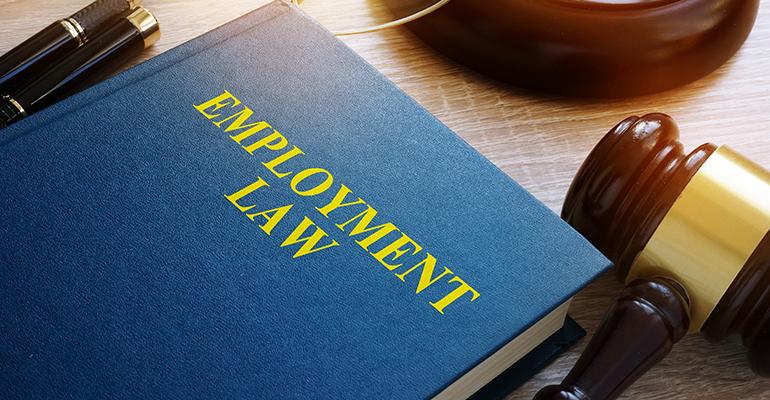 The proposed regulation would narrow likely liability for franchised brands, like McDonald’s Corp. and others, and companies using third-party staffing firms. It also would update standards in place since the late 1950s, the department said.

“This will mean much greater clarity and certainty for employers about what things they may do or may choose not to do to define an employment relationship,” said Liz Washko, a shareholder and a member of the hospitality practice at the Atlanta-based law firm of Ogletree, Deakins, Nash, Smoak & Stewart P.C., in an interview Monday.

Currently, courts, agencies and government panels like the National Labor Relations Board have a variety of rules — some with as many as eight or nine tests — for what companies are considered a joint employer and who is liable under the Fair Labor Standards Act, Washko said.

“This is a much simpler set of factors,” she said.

In 2017, the Trump administration department withdrew the previous Obama administration’s sub-regulatory guidance regarding joint-employer status, saying that guidance did not go through the rulemaking process that includes public notice and comment.

The department Monday proposed a four-factor test based on whether the potential joint employer actually exercised the power to:

- hire or fire the employee;

- supervise and control the employee’s work schedules or conditions of employment;

- determine the employee’s rate and method of payment; and

“The proposal explains the statutory basis for joint liability, helping to ensure that the department's joint employer guidance is fully consistent with the text of the FLSA," said Keith Sonderling, acting administrator for the department's wage and hour division, in a statement. “The proposed changes would provide courts with a clearer method for determining joint employer status, promote greater uniformity among court decisions, and reduce litigation.”

“Through this proposal, the Department of Labor has the chance to undo one of the most harmful economic regulations from the past administration and replace it with a rule that creates certainty for America’s 733,000 franchise businesses,” said Matt Haller, the IFA’s senior vice president for government relations and public affairs.

“The effect has rippled across the economy, causing tens of billions of dollars in lost economic output and job creation,” Haller said. “We are pleased the Labor Department has taken this important step in removing a cloud of uncertainty over their future operations.”

Washko of Ogletree said the proposed new regulations clarified many aspects of the joint-employer test.

“If you have a situation where a franchisee is not paying the minimum wage or is not properly paying overtime, the franchisor might be held responsible under some prior tests,” she said. “The new test makes it clearer that you have to actually be exercising control and power over the employee and the terms and conditions under which that employee works in order to be held responsible.”

The proposed regulations are subject to a 60-day public comment period.

“This is a positive development for restaurant operators,” Washko said, “but I think we need to hold tight.”

The proposed rule guidance mentions cases like a franchisor mandating that a franchisee have a sexual harassment policy, she said.

“That, not by itself, would require them to be considered a joint employer,” Washko noted, “because you got to have all these other things happening in order to do that.

“It will allow franchisors to ensure that their franchisees are exercising good practices and good policies and procedures without putting on them the burden that they would be responsible for everything that franchisee might do,” she said.