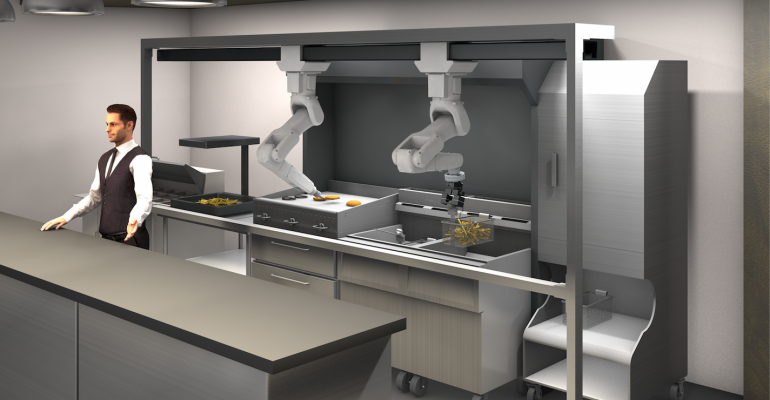 Flippy, the robotic fast food fry cook, is getting a facelift.

Pasadena, Calif.-based Miso Robotics, the creator of the burger flipping robot kitchen assistant, has developed a less expensive version of Flippy to meet the demands of quick-service restaurants.

Miso’s Flippy made its employment debut at CaliBurger, a fast-casual restaurant in Pasadena in 2018. Gigs at Dodger Stadium in Los Angeles and Chase Field in Arizona soon followed for Flippy, currently mounted on a utility stand the resembles a small New York City street vending cart.

The new and improved Flippy now moves along a rail system that can be installed over the hood of grills and fryers. The zero-footprint upgrade is now available at half off the cost of the original $60,000 price tag, a hefty investment many QSR chains found hard to swallow.

Ryan Sinnet, chief technology officer and co-founder of Miso Robotics, said quick-service chains told Miso that they would be more inclined to adopt Flippy if the robotics company brought down the price and made Flippy more flexible in the kitchen.

“We're looking to really create a lot of value for our [industry] partners,” Sinnet told Nation’s Restaurant News last week during an interview at the company’s headquarters in Pasadena.

Besides improving Flippy’s design, the robot’s “brain” has also been upgraded. 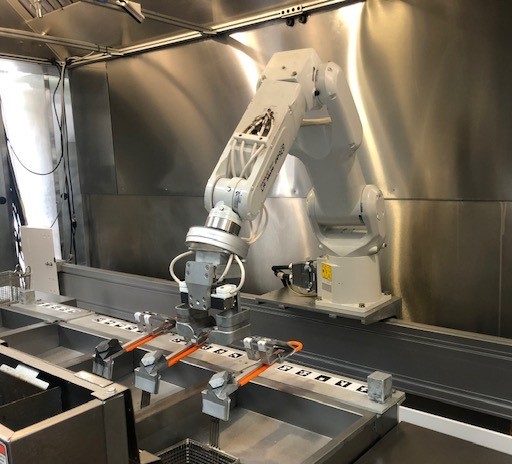 The latest version of Flippy is on rails, creating a zero footprint designed for easy kitchen installation.

Powered by artificial intelligence, Flippy automatically adjusts its fry settings based on what products are in the frying basket. Under the new rail system, Flippy can work with several baskets at the same time.

“Having a robot that can move along to different stations really opens up a world of possibilities,” Sinnet said.

Flippy has come a long way since it debuted two years ago at CaliBurger, whose parent company, Cali Group, is a key investor in Miso Robotics.

Sinnet said Miso’s mission is to help the restaurant industry as it faces a labor crisis. Flippy is designed to tackle tedious, repetitive tasks, allowing restaurants to redeploy employees to perform other duties that involve more hospitality.

At Dodger Stadium, for example, Flippy worked a bank of hot fryers. The risk of hot oil spattering on employees decreased dramatically, making life easier for workers like Soufiane Kheddaoui. 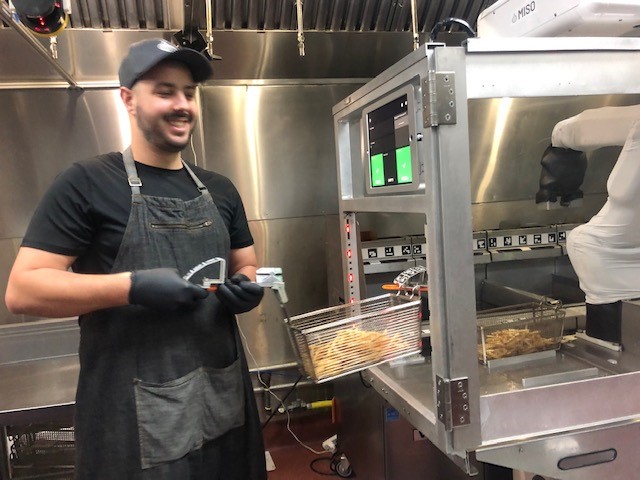 “It’s not as hot as being in front of a fryer for eight hours. It just makes my job easier,” said Kheddaoui, who worked with Flippy at Dodger Stadium.

Kheddaoui learned how to operate Flippy’s touchscreen controls -- a task he enjoyed so much he ended up getting a job at Miso Robotics. He is now an integration tester who handles Flippy as Miso continues to elevate the bot’s fry game.

Flippy currently works full time at CaliBurger’s newly opened Florida location. The CaliBurger in Pasadena is temporarily closed for a remodel. Flippy will return to that location once it reopens. The growing chain, which has several international locations, said Flippy is part of the chain’s future.

“Our kiosks deliver specific recommendations for our premium burger choices to customers and allow guests to pay without needing to take out their wallet a second time. Our robotic systems produce food that is higher quality, more consistent, and safer,” Frederic said when CaliBurger announced plans to open in Fort Myers, Fla.

Miso Robotics has raised about $15 million to date and hopes to raise up to $30 million in its latest crowdfunding campaign.