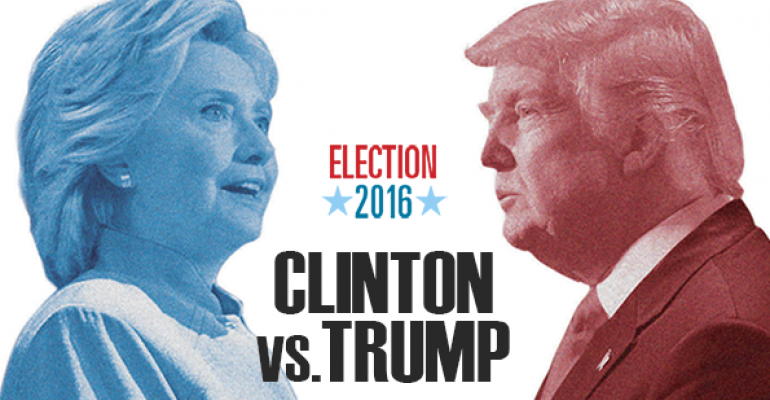 The next President will set the agenda for businesses over the next four years. NRN breaks down what you need to know. RELATED: Donald Trump puts focus on business Chefs, operators rally around Hillary Clinton Gallery: Industry members sound off on Hillary Clinton, Donald Trump &nbsp;

The presidential election has brought into sharp focus these five key issues that will impact the restaurant industry in the coming year — and the four years to come.

Nation’s Restaurant News put the candidates head to head to examine what their proposed policies could mean for restaurants. Then we turned to leading members of the industry to find out what is top of mind for operators.

We heard from Trump supporters who favor legal immigration, and Clinton supporters who are skeptical of minimum wage increases. We heard concerns on both sides about the Affordable Care Act, and rules around paid leave.

Perhaps more than any other time in this country’s history, this campaign cycle has brought out America’s best, and some say America’s worst. But no matter which candidate wins in November, it’s clear the next four years will be unprecedented.

Where Clinton stands on industry issues >>

Where Trump stands on industry issues >>