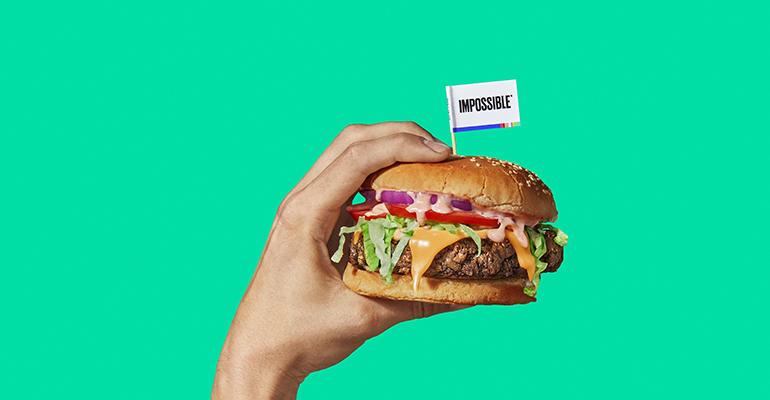 DoorDash, which is slowly earning a reputation as the most restaurant-friendly delivery aggregator, has added a plant-based filter on its app for restaurants who serve menu items made with Impossible Foods. 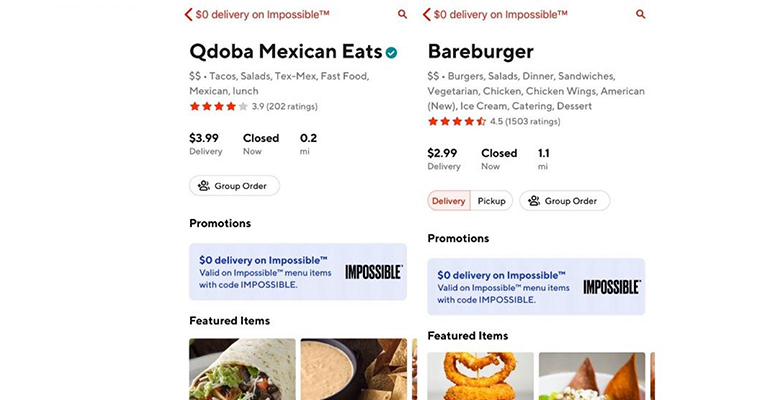 Making it easier for consumers to find plant-based foods comes as the restaurant industry is seeing demand for alternative meats on menus. According to a recent survey by AlixPartners, 61% of consumers who identify as primarily meat-eaters order vegan or vegetarian options while eating out. These so-called flexitarians range from Gen Z to Baby Boomers, according to the September 2019 survey.

DoorDash is seeing the demand.

The search term “impossible burger” has increased three times on the delivery operator's app since January.

“DoorDash has been incredibly useful to our consumers looking for the latest and best Impossible dish in their town,” Heather Huestis, vice president of marketing at Impossible Foods, said in a statement. “We are excited to be partnering to make this process even easier.”

DoorDash operates in more than 4,000 cities in all 50 states in the U.S., and Canada and Australia.

According to e-commerce intelligence provider Edison Trends, DoorDash has strengthened its lead as the top third-party food delivery player. As of mid-September, DoorDash owned 35% market share of consumer spend, compared to 25% at Uber Eats and 23% at Grubhub.

To differentiate themselves, the top three delivery aggregators have added new features such as loyalty and perks programs to attract and retain delivery customers. Grubhub and Uber Eats are also adding virtual restaurants, whose online-only menus compete with existing brick-and-mortar brands.

DoorDash, on the other hand, is taking a different approach.

Instead of creating virtual food brands, DoorDash has opted to open a ghost kitchen in the Bay Area for established restaurants. The shared commissary space, which launched earlier this month, is designed for restaurants looking to expand their off-premise sales without opening a physical restaurant in a region.

Through Nov. 7, DoorDash customers ordering from restaurants found under the “Impossible” filter will not be charged a delivery fee. To redeem the delivery discount, consumers must use the code “IMPOSSIBLE” when ordering from participating restaurants on the DoorDash app. The company said the the carousel category, which enhances the discoverability of Impossible items, will be available through Nov. 7.