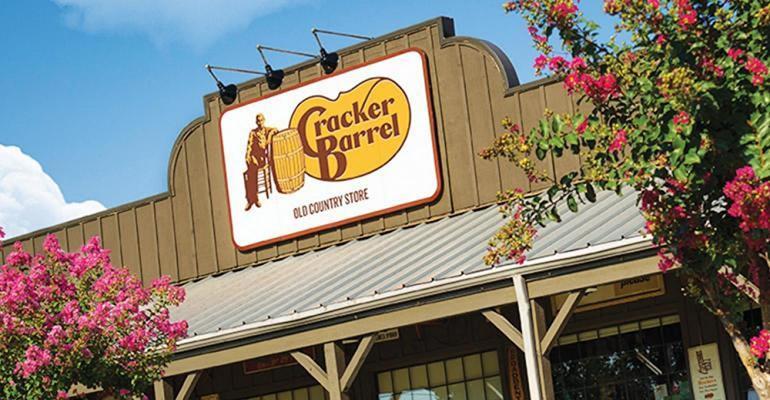 In a stinging letter to Cracker Barrel shareholders condemning management decisions that “defy sound reason,” activist investor Sadar Biglari of Biglari Capital Group on Tuesday nominated a new director in a fourth attempt to gain a seat on the casual-dining chain’s board.

Biglari — whose holdings represent Cracker Barrel’s largest shareholder group and also owns the struggling Steak ‘N Shake chain, along with Maxim Magazine and other wide-varied properties — has long been critical of the chain’s management strategy of diversifying investments, including a $140 million non-controlling investment in restaurant/entertainment hybrid Punch Bowl Social in July 2019, and divestment from the company eight months later in the middle of the pandemic.

According to Biglari’s complaint, the experience cost the casual-dining company 50% of its 2019 earnings, a decision which the letter called “questionable” and “egregious.”

“Cracker Barrel is one of the best concepts ever created in the restaurant industry,” the letter signed by Biglari and his affiliated companies, which collectively own more than 2 million shares in the company, said. “We believe Ms. Cochran and the current board do not fully appreciate its potential. If they did, all energies would be dedicated to this great American brand, rather than diverted into money-losing ventures like a bar concept.”

Biglari Capital Group then went on to nominate its own ally to the board, Raymond Barbrick, president and co-CEO of The Briad Group, and pointed to the shareholders’ website, Enhance Cracker Barrel, which details the long history of complaints in letters filed about the performance of the casual-dining company.

In a follow-up filing with the Securities and Exchange Commission, Cracker Barrel declined to endorse the nomination of Barbrick to the board, citing the fact that this is the fourth proxy takeover attempt by Biglari, a “historically dissident shareholder.”

According to Cracker Barrel’s proxy response, the company received notice from Biglari-owned  fund, The Lion Fund II LP, of its decision to nominate Barbrick to the board. The issues between both parties go back as far as 2011, when Biglari first attempted to gain a board seat.

Most recently, Cracker Barrel declined to recommend Biglari’s most recent nomination of Barbrick to the board in September 2020, instead naming its own pick to the board of directors, Gisel Ruiz, a former chief operating officer of Walmart-owned Sam’s Club. Ruiz’s appointment to the board was announced on Monday, the day before the company released its fourth-quarter earnings, which showed improvement despite strong headwinds against casual-dining chains during the pandemic.

Cracker Barrel declined to comment further on the record.

Shareholders will formally vote for new board directors in November.

Cracker Barrel’s total quarterly revenues decreased 37.1% to $495.1 million for the fourth quarter, and the company reported net loss of $25.1 million or $1.06 per share.