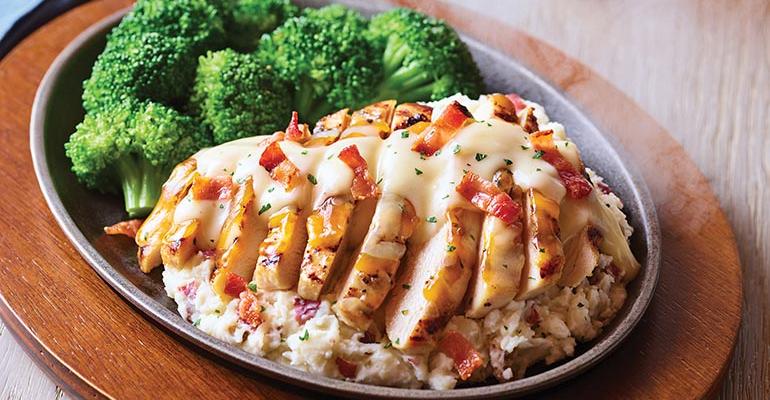 Applebee’s is making good on its promise to respect “value seekers” with its new Sizzlin’ menu. The lineup of seven skillet meals — including a cheddar and bacon skillet and fajita combos with sirloin, chicken and shrimp — is priced at an approachable $9.99.

The offer marks course correction for the brand, which earlier this year launched a fajita line without an entry price point, a move executives have since called a mistake.

It’s all part of a larger ongoing effort to regain the trust of consumer and franchisees. Applebee's, which is owned by Dine Brands, has come a long way from 2016 when franchisees sunk money into expensive wood-fired grills along with a fancy steak menu with the aim of attracting less-price conscious clients. That program mostly flopped and hurt relationships with franchisees. But the brand has swung back to value, mostly. The previous fajita offer was a blip, executives stressed during the company's latest earnings call.

"Our failure to launch that product with a trial incentive or 'starting at price point,' from the data that we see, led to a misstep," said John Cywinski, the brand's president during the call in late October.

"We didn't secure the value seekers. Trust me when I say we've applied that learning to our tactical plans moving forward. So, as we normalize here and we reduce bad debt, and we've closed our restaurants, honestly, for the first time in three years, I feel like I don't have a hand tied behind my back. And the brand is poised for predictable, stable growth, and we won't have those missteps with respect to value as we turn the corner on 2020."

Related: How Applebee's is getting its groove back

The Glendale, Calif.-based brand has further underscored its value stance recently with a pasta and grill combo for $9.99 released in late September and a 25-cent boneless chicken wing promo for dine-in only launched in late October. These promos have brought in guests and helped relationships with franchisees, the company says.

"When we met with our franchisees recently in the past few months, we zeroed in on value, value perceptions and very specifically aggressive value tactics engineered to be profitable, but those that drive that value seeker to incremental traffic and sales. We're aligned on that moving forward," said Cywinski during the call. "A current example of that kind of tactical approach, it's a short-term burst here, but our 25-cent wing program would be one example of the program we lined up on a few months ago with our franchisees."