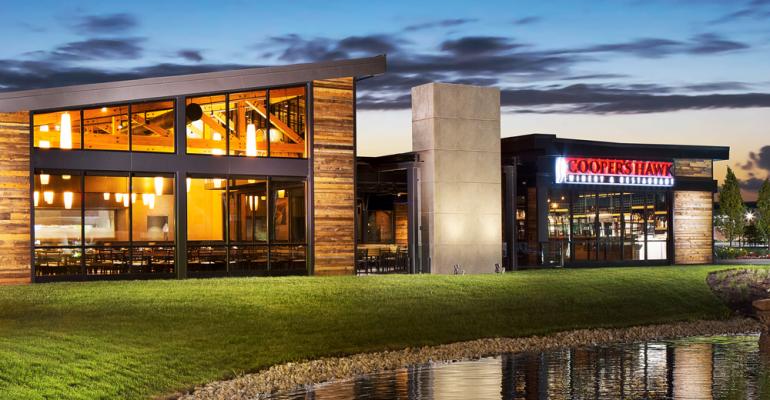 Hint: With new investment, plans for lifestyle brand will include travel services

Although the company will not comment on the nature of the investment or whether Ares' investment represents a controlling interest, Cooper’s Hawk CEO Tim McEnery was clear about the day-to-day operations of his growing brand: "It's business as usual over here."

McEnery will continue on as CEO, and the management team remains in place, he added.

With this investment, McEnery plans to continue growing Cooper's Hawk as a "lifestyle brand."

The investment from Ares will help "take Cooper's Hawk to its full potential and continue to grow and do unique things in the industry," he said.

One unique thing McEnery is planning to grow is Cooper’s Hawk’s travel services.

Travel is a small part of the business now. This year, six trips were offered to members, such as a bourbon tour of Kentucky and an exploration of historic wine regions of France. But McEnery is hoping that within the next 18 months he can offer more options and the ability to book direct travel through a Cooper's Hawk concierge service.

"What we've learned is our wine-club members trust us, they trust our brand," McEnery said. And he’s hoping that trust translates into new opportunities for Cooper’s Hawk.

Countryside, Ill.-based Cooper's Hawk also plans to grow in a more traditional sense. The company will add six restaurants to its base of 36 this year, McEnery said. While most Cooper's Hawk restaurants are located in smaller cities and commuter neighborhoods outside of major metro areas, this year Cooper's Hawk will open its first urban location in downtown Chicago.

The downtown Chicago location will be in the former Esquire Theater, a 23,000-square-foot space that recently housed a Del Frisco's. In a first for the brand, consumers at this location will be able to try wines from around the world, in addition to Cooper's Hawk's private label wines.