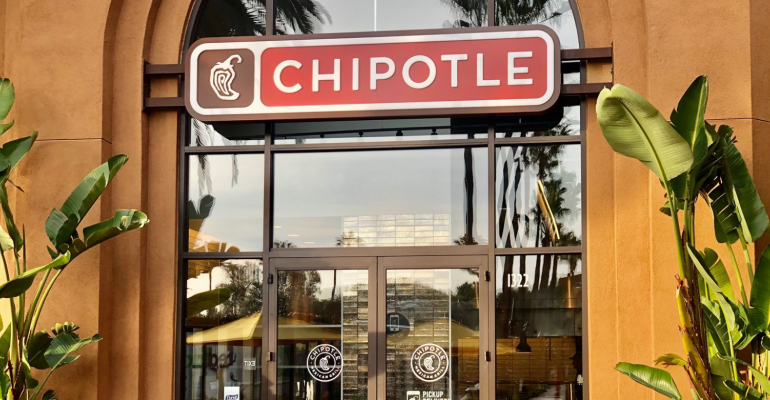 The first Chipotle Mexican Grill location, located in Lansing, Mich. just voted to unionize Thursday in an 11-3 vote, joining Teamsters Local 243 under the International Brotherhood of Teamsters just one month after the store initially filed for unionization.

"Today's victory is an amazing moment for our team that has worked so hard and spent many months organizing," Samantha Smith, a crew member at Chipotle who has worked at the Lansing-area restaurant for more than two years said in a statement distributed by the union. "We set out to show that our generation can make substantial change in this world and improve our working conditions by taking action collectively. What this vote shows is that workers are going to keep taking the fight to big corporations like Chipotle and demand the working conditions we deserve."

While this is the first store to vote to unionize out of 3,000+ Chipotle locations, the first Chipotle store to set off this smaller wave of labor organization in Alberta, Maine was closed by corporate shortly after the team filed for unionization, setting off a wave of union-busting accusations from Chipotle United, the organization that had tried to unionize the store. Chipotle, for its part, said at the time that the closure had nothing to do with the union vote, and that the store had already been closed to the public for a month before permanently closing due to severe understaffing issues.

Since then, union organizers with Chipotle have said that several more Chipotle stores in the Maine area have contacted them for advice on forming their own unions.

"Chipotle pulled in revenue of $7.5 billion last year, and just as we're seeing workers of all ages and backgrounds across the country take on these corporate giants, it's so inspiring to see Chipotle workers stand up and demand more from a company that can clearly afford it," Scott Quenneville, President of the Local 243 union said in a statement. "The Teamsters have these workers' backs. They're going to have a union they can be proud of, that knows how to get things done."

Chipotle workers have followed in the Starbucks union’s footsteps, which has successfully instated 230+ unionized stores across the company, with pushback from the company, led by interim CEO Howard Schultz, who believes that a direct relationship with employees is necessary.