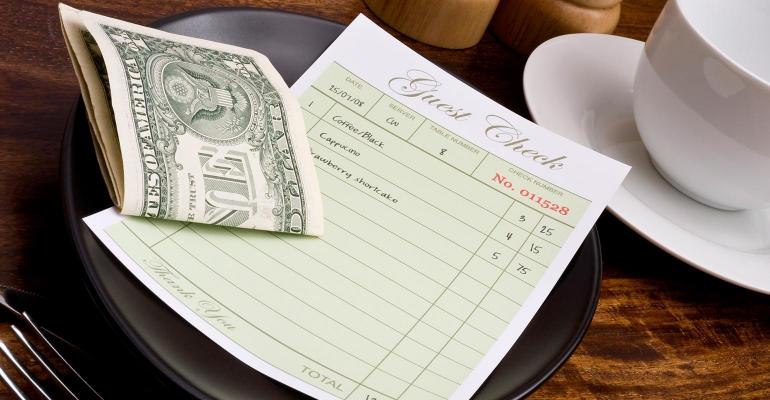 BrianAJackson/iStock/Thinkstock
The international economy is in danger right now.
News

Following a week of declining stocks and skyrocketing gas prices, President Biden announced Tuesday morning a ban on U.S. imports of Russian oil, which is expected to impact gas prices even more severely. The executive order, effective immediately, “will further deprive Putin of economic resources for his needless war of choice,” as the Russian invasion of Ukraine continues.

“With this action, the price at the pump will go up further,” President Biden said on Tuesday. “I will do everything in my power to avoid as much of that as I can.” He then directly addressed business owners, asking them to not “exercise excessive price increases” in response to the effects of Putin’s war.

.@POTUS just signed an Executive Order to ban the import of Russian oil, liquefied natural gas, and coal to the U.S. – a significant action with bipartisan support that will further deprive President Putin of economic resources for his needless war of choice.

“Russian aggression is costing us all and it’s no time for profiteering and price gouging,” Biden said.

But even without price gouging, the restaurant industry is likely to continue to see costs rise. Even before this announcement, oil prices were expected to skyrocket past $4 a barrel as gas prices jump to their highest since the 2008 recession, GasBuddy told CNBC. As a result, operators across all industries — but especially the restaurant industry — will need to further adjust their menu prices accordingly, balancing their own needs with what the market will bear.

“If you have the pricing power, now might be the time to take it,” equity research analyst Mark Kalinowski told Nation’s Restaurant News. “For example, Domino’s recently told its delivery customers that the price of the mix and match deal would go up to $6.99. Of course, it has been $5.99 for over 12 years, but everybody else was raising prices. I think most customers are understanding that the cost of business has gone meaningfully up.”

Kalinowski also suggested that for operators that have a good relationship with their suppliers and might not see the effects of supply chain prices ballooning, they can stay competitive by not taking as much of a menu price increase as their peers. Unfortunately, this type of market, however, is much more beneficial for national restaurant chains that have deeper supplier relationships.

“From an operational standpoint, it is getting harder and harder for independent restaurants,” Kalinowski said. “And one result of that is we're seeing a market share shift in favor of large chains, that's probably the biggest in decades. I would expect that to continue. There's a lot of reasons for that, for example, consumers, gravitating towards digital technologies and expecting delivery to their home […] but certainly when costs go up rapidly. Larger chains are generally able to handle that.”

During the last earnings season at the end of February, several operators mentioned remaining hopeful that food inflation would moderate by the second half of 2022, but with the Russian invasion of Ukraine, the fate of the rest of the fiscal year is up in the air.

“Before that invasion, for the most part, we're thinking, ‘okay, first half of this year is going to be the worst of it,’ but at this point, it is definitely an open question,” Kalinowski said. “Again, whenever you see energy prices go up, that has negative ramifications in multiple ways for restaurant companies.”

The stock market, meanwhile, continues to sink as the Nasdaq has now entered a bear market, down more than 20% from a market high in November, while the S&P 500 lost $1.08 trillion on Monday, according to NPR. The Nasdaq was down 2.4% by Tuesday afternoon following Biden’s announcement of banning Russian oil imports.

But despite these warnings of economic disaster, it is too soon to predict the long-term effects on the U.S. economy, and on the restaurant industry, because the international political and military ramifications of the Russian invasion of Ukraine are still playing out on the world stage.