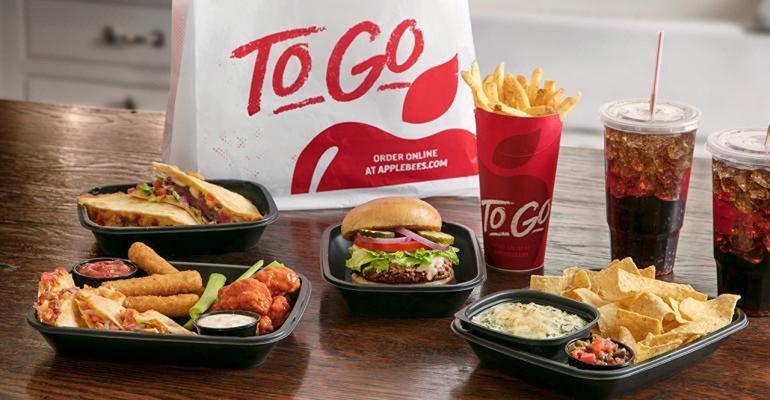 Applebee's
"Like everybody else, we're experimenting and going to do some things with ghost kitchens," said Dine Brands CEO Steve Joyce
News

Applebee's to experiment with ghost kitchens

Applebee's is getting into ghost kitchens.

Dine Brands took its time getting into business with third-party marketplaces, like Grubhub and DoorDash. But now that Glendale, Calif.-based Dine Brands Global, Inc., parent to Applebee's and IHOP, has established mutually beneficial relationships with these companies, it's hoping to use them to further Applebee's presence in underserved cities, according to a recent interview with Dine Brands CEO Steve Joyce.

"We're looking to try a little bit of everything. Capitalizing on our strong partnerships with our delivery partners, which are now exactly what we want," he said.

Joyce didn't give too many specifics on when or where Dine was looking to set up a ghost kitchen, only that he's considering the Midwest and cities without a strong Applebee's presence. Ghost kitchens are a smart option in larger cities where the cost of a physical restaurant might be too great, he said.

"Our preference would be to work with a franchisee that wants to do that. But in the case where we think we have a lot of demand and we don't have a franchisee that's interested in doing it, we may do it ourselves," he said. Dine prides itself on an asset-light, franchisee-focused model but it did step back into restaurant ownership with the purchase of 69 locations from a North Carolina franchisee in December.

Ghost kitchens "will give us an option to service folks that want our product and our food in a place where we may not be able to get a restaurant done," he said.