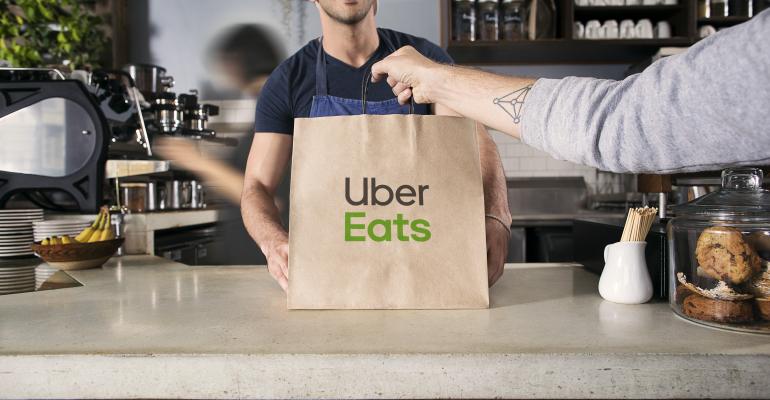 Across the country, lawmakers are considering legislation that could change how third-party marketplaces work and work with restaurants
News

In California, a bill would require third-party marketplaces to share customer data with restaurants.

"One-on-one engagement—hearing feedback from customers, being responsive to complaints, addressing the quality of service and delivery—it's critical to ensuring a good experience," said Greg Dulan, owner of Dulan's Soul Food Kitchen and Hotville Chicken in Los Angeles in a news statement in support of the bill. "It is hard to do that if we don't know who our customers are—this bill will fix that."

AB 2149 would also prohibit restaurants from being listed on delivery apps without a prior agreement in place.

In Rhode Island, a bill would prohibit third-party marketplaces from listing non-partnered restaurants.

House Bill 7414 would also prohibit third-party marketplades from listing restaurants on apps without an agreement.

The bill proposes that merchants, such as restaurants, can bring action against the provider in superior court to recover actual damages or up to $5,000, whichever is greater. The bill also proposes that any third-party service who violates this chapter shall pay $1,000 per violation per day in fines.

In January, New York City Council member Ritchie Torres introduced legislation that would require third-party delivery providers to disclose how much of the tip goes to drivers.

In a tweet, Torres said New York City "can no longer afford to turn a blind eye to app-based delivery companies stripping workers of their hard-earned tips. It's wage theft, plain & simple, and the public has a right to hold businesses accountable for exploiting their workers and stealing their wages."

The New York City council has held oversight hearings on the impact of food delivery apps and ghost kitchens. The committee has said it is set to announce its first set of legislation governing food delivery platforms shortly.

In California, AB5 is changing how third-party marketplaces classify their workers.

This law, which went into effect on January 1, 2020, makes it harder for companies like Uber and Postmates to classify drivers and couriers as independent contractors.

This month, a federal judge rejected a request by Uber and the Postmates to block the law from taking effect.

This law, authored by Assemblywoman Gonzalez, seeks to give couriers workplace protections and benefits, like minimum wage, paid sick days, health insurance benefits and workman's compensation, as well as the ability to unionize. But it may have the unintended consequence of increasing delivery costs.

Illinois is looking at food safety

As Crain's Chicago Business notes, currently, there is no language for a statenwide bill in Illinois. But it could come soon.

As Sam Toia, president and CEO of the IRA told Crain's "We look forward to working with all stakeholders to find practical solutions that benefit restaurants and delivery services while keeping consumers safe."