Donald Trump’s election in November as president of the United States was perhaps the most influential event of the year. Trump’s presidency will affect many moving parts in a large restaurant industry, from wages and healthcare to immigration and employee benefits. Trump has said minimum wage, which has stood at $7.25 per hour at the federal level since 2009, should be a local or state issue, or that he might consider a $10-per-hour minimum. The GOP platform stands firmly for the repeal of what it calls the “dishonestly named Affordable Care Act of 2010,” and Trump has said its repeal is a primary goal. However, he has yet to present a plan to replace it, if at all. On immigration, Trump has vowed to deport two million undocumented persons within days of taking office. The restaurant industry must wait and see how Trump’s policies will impact the business in 2017.

In late November, a federal judge in Texas issued an injunction that put new overtime regulations on a temporary hold just days before they were scheduled to go into effect on Dec. 1. The U.S. Department of Labor rules were challenged by 21 states in the U.S. District Court for the Eastern District of Texas. Judge Amos Mazzant agreed with plaintiffs calling for an emergency injunction, saying the agency may have overstepped its authority in establishing new salary-level tests and an automatic increase to the threshold every three years. The new overtime rules called for raising the threshold of exemption for overtime from $455 per week, or $23,660 a year, to $913 per week, or $47,476 annually. As a result, about 4.2 million more workers across the U.S. were expected to become eligible for overtime pay, including many in the restaurant industry.

In September, Boston-based Così Inc. filed for bankruptcy, closed about 40 percent of its company-owned units and put itself up for sale, joining a number of restaurant companies that filed for debt protection in 2016. A dozen chains filed for credit protection in the past year, including Bailey’s, Black-eyed Pea, Champps Kitchen + Bar, Fox & Hound, HomeTown Buffet, Johnny Carino’s, Logan’s Roadhouse, Old Country Buffet, Ryan’s, Quaker Steak & Lube and Zio’s Italian Kitchen.

Denver-based Chipotle Mexican Grill Inc. continued efforts to heighten food safety after business nose-dived in the wake of several foodborne illness outbreaks in late 2015. The fast-casual operator hired several leading food-safety experts as consultants, including Dr. David Acheson, a former U.S. Department of Agriculture and Food and Drug Administration official, as well as David Theno, a former Jack in the Box executive who is widely respected for his work helping the quick-service chain recover from an E. coli outbreak in 1993 that sickened hundreds of consumers and killed four children. Chipotle also hired James Marsden as executive director of food safety in March, and cut ties with some suppliers.

In May, Joe’s Crab Shack said it had cut back its no-tipping test from 18 restaurants to four after encountering customer and worker disapproval. “The system has to change at some point, but our customers and staff spoke very loudly,” said Bob Merritt, CEO of Houston-based parent company Ignite Restaurant Group Inc. He said Joe’s Crab Shack customer research indicated that nearly 60 percent disliked the no-tipping program. Customer counts dropped between 8 percent and 10 percent on average, he said. Smaller, higher-end operators, such as New York-based Union Square Hospitality Group, continued with no-tipping programs — and higher menu prices to accommodate them.

In April, Starbucks Corp. revised its popular Starbucks Rewards loyalty program and its smartphone app. The Seattle-based company shifted customers to a rewards-based system, with two stars given for every dollar spent, with a reward offered at 125 stars. Previously, the loyalty program rewarded visits and required 12 stars to earn a reward. Starbucks said some customers tried to game the system by splitting transactions — for instance, by buying food and drink separately — a practice that slowed throughput. YouGov BrandIndex said Starbucks took a hit to its image in the short term, and loyalty membership leveled off by the third quarter.

In June, Wingstop Inc. became the first national restaurant chain to debut conversational ordering, sometimes called chatbot ordering, that allows customers to place orders via social media platforms like Twitter and Facebook Messenger. “Social ordering allows us now to actively reach out to consumers in the social media channels that they are already participating in,” said Flynn Dekker, chief marketing officer of the Dallas-based chicken wing chain. In July, Plano, Texas-based Pizza Hut said it would debut chatbot ordering in the fall, and Dallas-based casual-dining operator TGI Fridays deployed a chatbot for ordering and reservations in September.

Delivery has grown across the restaurant industry, with casual-dining and fast-casual chains making inroads in lanes once dominated by pizza purveyors. Panera Bread Co., the St. Louis-based fast-casual operator, said in October that delivery will “ultimately be one of the most powerful channels” for increasing sales. The company said it was on pace to have delivery in 15 percent of its more than 2,000-unit system by the end of the year. While Panera is developing delivery mostly in-house, executives at other brands, like Zoe’s Kitchen Inc., said they were testing hybrid in-house/third-party delivery for small orders.

On July 16, the 57-year-old landmark Four Seasons restaurant in New York City served its last meal, closing a chapter when chic “American Restaurants” were new and challenging the dominance of chic French food. The closure marked an end to the dazzling, “power lunch” restaurant world that for generations was a see-and-be-seen spot for publishers, financiers, fashion designers, advertising executives and real estate developers. “I cannot imagine there will ever be another Four Seasons,” said longtime restaurant critic Gael Greene.

In October, Chipotle Mexican Grill Inc. reported that same-store sales fell 21.9 percent in the third quarter, magnifying a trend endemic to many operators in 2016. Quick-service and fast-casual restaurants were less likely than casual-dining chains to report declines, but operators across the board noted a tight grip on sales in 2016. While the same-store sales trends weren’t entirely indicative of a bad year for restaurants, they could muscle the bottom line. “I can’t take same-store sales to the bank,” Five Guys CEO Jerry Murrell told Nation’s Restaurant News in September. “I can take profits to the bank.” 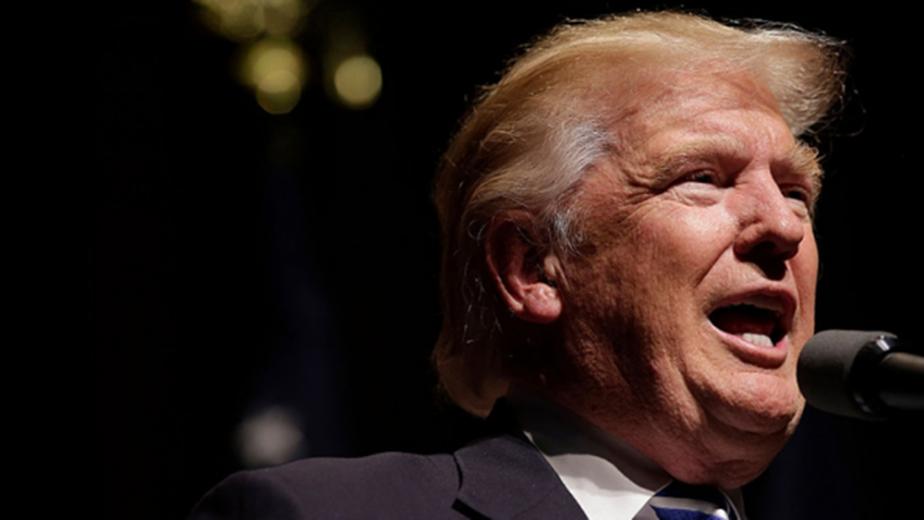 Next Up
Trending this week: Taco Bell is bringing back one of two fan-favorite menu items in a face-off vote
Start Slideshow ›