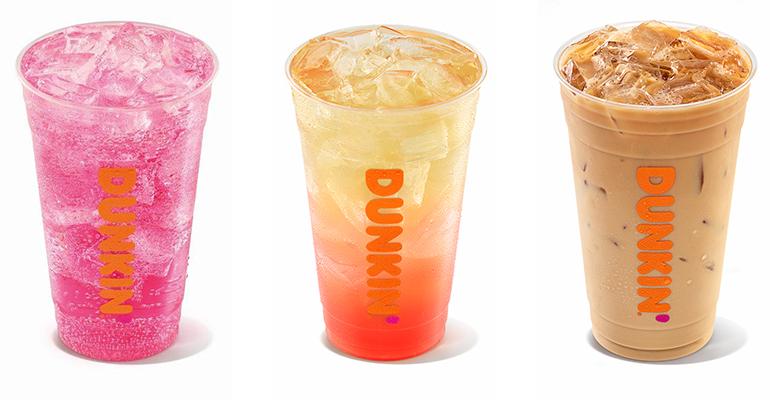 This summer quick-service chain Dunkin’, headquartered in Canton, Mass., is testing a variety of trend-forward beverages in the northeastern United States, where the bulk of its restaurants are located.

Among the new drinks is bubble tea, which originated in Taiwan and has gained popularity, particularly on the West Coast. Also called boba tea, the drink contains chewy tapioca balls, often sweetened with brown sugar, that are slurped up through fat straws. Dunkin’ is testing a brown-sugar variety in communities in Massachusetts and upstate New York and a strawberry one that’s designed to burst in your mouth in parts of Maine and Massachusetts.

Dunkin’ is also trying its hand at a new form of shandy. Shandies are typically beer with lemonade or other soft drinks added, but for these drinks, which are being tested in parts of Connecticut and Massachusetts, the base is either coffee or tea. Coffee-citrus mixtures have been on display at trade shows in recent years, and some ready-to-drink versions are now available via retail. Tea and lemonade, on the other hand, are a long-standing tradition, but Dunkin’s test is with green tea and blueberry flavoring.

Sparkling coffees and teas are also being tested, as are social media-friendly teas topped with fruit juice for an attractive color contrast.

Read on to see these and other tests that Dunkin’ has underway.