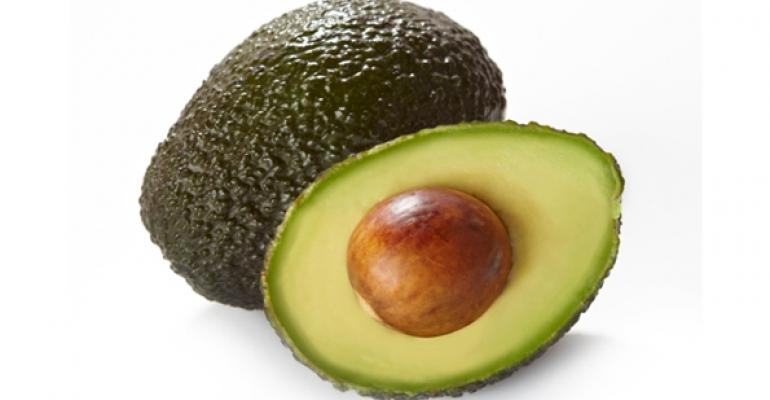 This is part of Nation Restaurant News&#39; special coverage of the 2013 MUFSO conference, which took place Sept. 29-Oct. 1 at the Hyatt Regency at Reunion Tower in Dallas.

Those characteristics were on display on the floor of the Supplier Exchange, where frying oil exhibitors touted the high levels of heart-healthy, long-shelf-life oleic acid in their products, rather than the absence or low levels of trans fat, saturated fats or linolenic acid, which spoils quickly.

Kruse said protein had become consumers’ favorite macronutrient, as fat and carbohydrates had unhealthful connotations. However, she declared high-fat avocados the “ingredient of the year.” Kruse said reasons for avocado’s popularity included its mild flavor, which pairs well with other ingredients, and its creamy texture. Plus, she said, its green color connoted freshness in the minds of consumers.

Kruse said she also expected to see more herbs, which add flavor, green color and freshness cues to dishes, to appear on more menus in the near future. Suppliers showcased freeze-dried herbs, ready to be rehydrated. Puréed herbs were mixed with high-protein whey, which lowers microbial activity, extends herbs’ shelf life and lowers their freezing point, for storage in frozen tubes that are squeezed out as needed.

Technomic Inc. executive vice president Darren Tristano noted separately that health and wellness descriptors were becoming more widespread, as well as terms such as organic, which rose 26 percent on menus, and natural, which rose 22 percent.

Gluten-free items jumped 144 percent in the past year, but fat-free items fell 2 percent, he said.

In a panel discussion on soft drinks, Tristano presented data showing a 50-percent increase in iced coffee mentions on menu boards at quick-service restaurants over the past year. Frozen blended drinks were on 15 percent more menus, and specialty coffee rose 10 percent.

Exhibitors at MUFSO showcased single-serving pour-over coffee, a brewing method that is popular at avant-garde coffeehouses.

Although quick-service operators are having the most success with energy drinks, they’re gaining traction in full-service restaurants, too, Tristano said.

Green tea sweetened and flavored with fruit, such as peach and pomegranate, remains popular and was on offer during the Supplier Exchange. Limited-service chains have tapped into the trend. Sonic Drive-In, for example, launched green tea earlier this year, vice president of marketing Todd Smith said on a beverage trend panel. And McAlister’s Deli chief executive Frank Paci said at the same panel that the chain was also testing green tea at some locations.

When it comes to desserts, Kruse observed the use of on-trend pretzels in items such as the Dairy Queen Blizzard. MUFSO exhibitors featured another salty item — salted caramel — in brownies and ice cream.

Miniature desserts, popularized as far back as 2002 by Seasons 52, were also on display by MUFSO exhibitors. Chain chef Clifford Pleau said in a panel discussion that small treats are an important part of a healthy lifestyle.

“Deprivation doesn’t work as a diet, but celebration does,” he said.

To entice customers, Seasons 52 servers bring diners trays of its Mini Indulgences, rather than passing out dessert menus at the end of the meal.