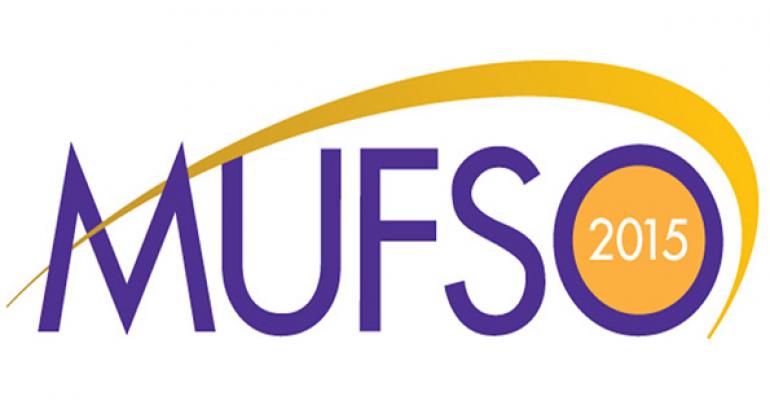 This is part of Nation&rsquo;s Restaurant News&#39; special coverage of the 2015 MUFSO conference that took place Sept. 20&ndash;22 at the Hyatt Regency at Reunion Tower in Dallas.

Actively listening to customers, employees and franchisees, and articulating brand values were key pieces of advice from the five Golden Chain winners who took the stage Tuesday, on the final day of MUFSO.

One of the oldest brands represented on the panel was Minneapolis-based Dairy Queen, which celebrates its 75th anniversary this year. Dairy Queen began as an ice cream concept, but the brand has broadened its menu to include grilled items, other treats, beverages and cakes.

“Our fans asked for more variety,” Gainor said. “If we want to be successful, we really need to listen to the fans.”

Now younger diners are asking more about ingredients, including nutrition content and where the food comes from, which is shifting the company’s focus to products. Soon, Dairy Queen will  post calorie counts on its menu, he said.

Miller of Spartanburg, S.C.-based Denny’s said Millennials are also asking for more convenience and more control. “Boomers are being dragged along,” he added.

Consumers also gravitate to brands that have purpose. Miller said Denny’s had once lost its way a bit when it came to social responsibility.

“When I arrived, one of our mandates was, ‘Let’s get this right,’” Miller said.

So the company turned to consumers and franchisees to ask what was important to them. The answer: Hunger relief.

Many Denny’s restaurants are located in lower-income neighborhoods, so many said they had seen hunger or poverty in their communities, he said. As a result, Denny’s has become a strong supporter of No Kid Hungry, an organization that works to feed children in schools and summer programs.

“If a child doesn’t eat, he can’t learn,” Miller said, noting that 67 percent of kids who are behind in reading by the third grade don’t finish high school. No Kid Hungry, however, “is really making a dent in how the world ought to be and how to close that gap,” he said.

The restaurant industry has been criticized in recent years for the wages it pays workers, but operators need to better communicate their story as a creator of jobs and a path to prosperity for many, Miller added.

“That’s a story we can tell over and over,” he said. “It’s very important that we get this down to good sound bites. We are a complement to this nation, not a blight.”

Cherng, of Rosemead, Calif.-based Panda Restaurant Group agreed, saying, “I think the restaurant business is a cornerstone of the nation’s economy. And the reason is because we employ a spectrum of people who are so different.”

Because of that, however, Cherng said it’s important for employers to recognize that education and training need to be catered to their varying needs.

Employees are “inspired to grow, but not pushed to grow,” she said. “It’s by their own doing.”

The chain also encourages employees to get involved in the Panda Cares program, a charitable effort that supports children’s health and education issues. Every restaurant is tasked with hosting one event per year for nonprofits of their choice that serve children, and employees are encouraged to participate. Panda Express supplies the food.

“It allows (employees) to experience the joy of giving,” Cherng said. “To see the smiling faces of children enjoying good food and service, it inspires them to do more.”

Morrison, of Dallas-based Wingstop, said building positive relations with employees and franchisees is key to creating a culture that will bring your brand to the next level.

“At the end of the day, it’s about people and making sure you hire people who have cultural traits, the heart and passion you really want,” he said.

Wingstop looks for operators with high integrity, who are honest, open and just plain nice, he said. Those are harder aspects to define when hiring, but the effort is paying off, he said. “We continue to see year-over-year improvements,” he said. “We have a great team.”

Morrison recommended involving franchise operators early when discussing change. “Bring them on the path with you,” he said. “The more you do that, the more successful you’re going to be.”

Stewart agreed, saying DineEquity, parent company to the nearly fully franchised Applebee’s and IHOP brands, has long had a culture of collaboration with its franchise operators, many of whom are well-heeled professionals running large operations.

“At the end of the day, franchisees want the same things we all want: to be successful and grow their company,” she said. “They’re trying to figure out how to best leverage their own G&A, just like we are.”

In 2007, Stewart led the acquisition of the Applebee’s casual-dining chain by family-dining brand IHOP in a $2.1 billion deal that resulted in the creation of Glendale, Calif.-based DineEquity. At the time, there were doubters who questioned the risky move, especially when the economy collapsed the following year.

“I look back on that now, and people say what an incredible risk that was, but actually it was pretty calculated,” she said.

While the financial crisis couldn’t have been predicted when they started the process, the company did have an “Armageddon strategy” that considered the worst that could happen and how they should respond.

But the worst didn’t happen. Applebee’s has successfully been turned into a fully franchised brand with an asset-light model, like IHOP, and debt has been paid down.

The two brands created a purchasing co-op that has saved franchisees an estimated $215 million, Stewart said. IHOP is reporting some of its best same-store sales trends in a decade, and Applebee’s is on deck for more transformation as the company looks at new service platforms and use of new technologies.

Stewart predicted the “lumpy and bumpy” macroeconomic environment will stay with the industry for a while, as minimum wage rates rise and the industry grapples with healthcare and other regulatory issues.

“I do think there are influences that will be there for the time being, and we just have to adjust,” she said. “At the end of the day, all of us are facing the same issues. But the single most important thing we can do is differentiate our brands.”